General Hospital (GH) Spoilers: If Annie Donely Moves To PC, Who Will Her Love Interest Be? 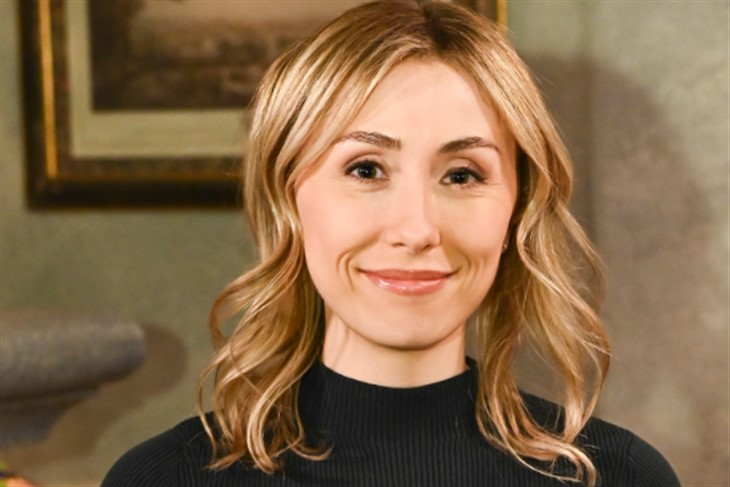 General Hospital spoilers and updates reveal Annie Donely (Caitlin Reilly) has just lost her father. Annie is the daughter of Sean Donely (John Reilly) and Tiffany Hill (Sharon Wyatt). Sean was an important friend to many people in Port Charles. Recently Sean’s closest friends gathered to pay their respects to the friend that they all loved. Annie had been trying to become an agent for the WSB which is a spy organization.

Annie did not know if she would be accepted but found out that she was accepted after passing a test that Anna Devane (Finola Hughes) and Robert Scorpio (Tristan Rogers) helped the WSB stage to see if Annie could be a trustworthy agent. Annie was happy that she passed the test and felt honored to get the same number that Sean had when he was an agent for the WSB. Annie does not know what her assignment might be but it could be in Port Charles. She could become a liaison for the WSB to the Port Charles Police Department. She could work with Commissioner Jordan Ashford (Briana Nicole Henry) and Chief of Detectives Mac Scorpio (John J. York). Annie would want to help them with a number of cases like the ones involving Cyrus Renault (Jeff Kober) and Peter August (Wes Ramsey). She may end up finding a love connection if she moves to Port Charles.

Annie could meet Dante Falconari (Dominic Zamprogna). Recently Dante has come back to the PCPD and become a police officer again. Dante had to get treatment for PTSD after he went on a mission for the WSB. Dante had been married to Lulu Spencer Falconeri (Emme Rylan) but they have been divorced. Currently, Lulu is in a coma in a long care facility. Dante has been spending time with Sam McCall (Kelly Monaco) who helped him deal with his PTSD and stopped him from killing Peter. However, Dante and Sam have just helped each other as friends. Annie could help Dante to investigate Cyrus and Peter. They could come together because they are trying to bring Cyrus and Peter to justice.

Annie could help find a way to help Harrison Chase (Josh Swickard) get better because he was accidentally poisoned by Peter. Anna and Robert wanted Annie to let them look at Sean’s files to get information that could save Chase because Sean faced a similar situation when Cesar Faison (Anders Hove) poisoned her mother Tiffany. Annie did not let Anna and Robert see her father’s files because they had secret information from the WSB in them. However, Annie may be able to let Anna and Robert look at the files if she gets permission from the WSB. Annie may be who helps Chase to recover because she finds the information to save him. Chase is hoping to reunite with his girlfriend Willow Tait (Katelyn MacMullen) but she is in love with Michael Corinthos (Chad Duell). Chase may find a love connection with Annie instead if she helps to save him.

Annie could meet Damian Spinelli (Bradford Anderson) through Maxie Jones (Kirsten Storms). Sean was Maxie’s godfather and they were close. Annie could want to get to know Maxie. Maxie might introduce Annie to Spinelli who is the father of her daughter Georgie Spinelli (Lily Fisher). Currently, Spinelli is in a relationship with Ellie Trout (Emily Wilson) but they could end their relationship. Annie could be the one who helps Spinelli to get over losing Ellie. Spinelli is a skilled computer programmer and hacker. He has been on both sides of the law but Spinelli has tried to live a good life and help others. Sean was very much like Spinelli in that he had lived on both sides of the law as well. Maxie might think that Annie would be a good choice for Spinelli.

GH Spoilers – Annie Could Find Someone to Love in Port Charles