The Bold And The Beautiful (B&B) Spoilers: Delon De Metz Says This Is One Way He Refuses To Communicate 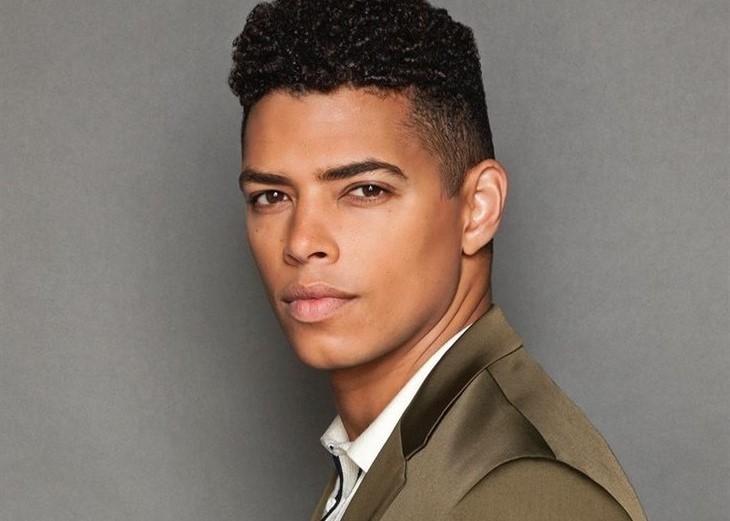 While we certainly have our little pet peeves, The Bold and the Beautiful (B&B) star Delon de Metz (Zende Forrester) is certainly no different. In fact, the handsome actor says that there is one form of communication that he refuses to even try, even though it is quite popular and mainstream. Believe it or not, Zende says that he absolutely hates emojis and refuses to use them – ever. Here’s what he has to say.

In a new interview with Soap Opera Digest, Delon says that he prefers to use the old way of communicating. And by that, he means actually picking up the phone and calling someone or better yet, having a face-to-face conversation. And here we thought he was young enough to be a millennial!

Delon tells the publication that the topic of emojis certainly brings a lot of emotions out of him. He said, “The truth is, I am not an emoji guy. I resisted them for the longest time, even using LOL or any of these acronyms. But because of that, I’ve had people comment like, ‘The way you test is very different than how you are in person. You are really fun and light but the way you write is a little dry.’”

The handsome actor says that while he’s tried to pay attention but he just can’t break his habits. He said, “I write in sentence format, and I just don’t use emojis. Period. It’s just my personal opinion. For me, I don’t think it’s ever going to happen. I’m not going to send you faces. I don’t even like writing a thumbs up or an exclamation point. It’s just too easy. It’s just me – but I would love to see more formality in text messages.”

With that said, B&B fans can only wonder what kind of text messages Zende has been sending Paris Buckingham (Diamond White) these days, right? Ha!