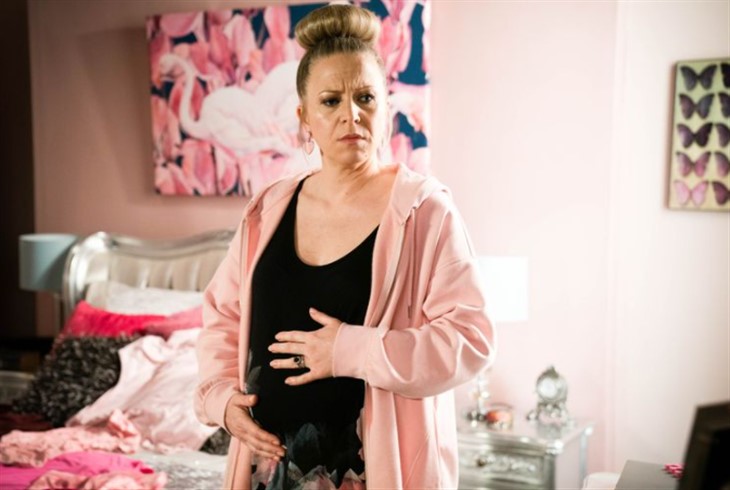 Eastenders spoilers and updates reveal next week on The BBC show Linda Carter (Kellie Bright) will be rushed to the hospital when she collapses during a gym session. She will be left fearing for the well-being of her unborn child. Mick Carter (Danny Dryer) and Linda’s relationship is already on the rocks after the latter revealed that the child she’s carrying is Max Branning’s (Jake Wood). Will the Carter family face another heartbreaking tragedy with the loss of Linda’s child?

The Carters are facing tough times and Nancy Carter’s (Maddie Hill) attitude isn’t helping either. Her behavior has started to worsen and it is causing a lot of problems for the family especially Linda. Frankie Lewis (Rose Ayling-Ellis) tries to talk some sense into Nancy and tells her to reach out to her mother.

So, Nancy visits Linda and offers her a personal training session to make amends. Nancy has no idea that Linda is pregnant and the latter will try her best to hide it. She pushes herself too hard during the training and she ends up collapsing on the floor.

While waiting for the ambulance to arrive, Linda tells Sharon Watts (Letitia Dean) that she’s pregnant and she becomes increasingly worried when she realizes that the baby isn’t moving. When they arrive in the hospital, Linda reveals to Sharon that Mick isn’t the father of her baby, but Max.

Linda lets out a sigh of relief when she learns that the baby is fine. However, her recent collapse has made Nancy suspicious of her mother. She starts to think that Linda is hiding something from her. Will Nancy confront her? What if Nancy finds out about Linda’s pregnancy and that the father isn’t Mick? Will she reveal Linda’s secret and cause irreparable damage to their family’s reputation?

When Mick found out about Linda’s pregnancy, he was ecstatic. He even thought that the baby will give their family the “fresh start” it needs. However, he was left heartbroken when Linda told him that the baby isn’t his.

Although Mick is still grappling with the realization that Linda is pregnant with someone else’s child, he admitted as he was deciding whether to drop his anonymity in his child abuse case against Katy Lewis (Simon Lahbib) that he’ll be fine as long as he has Linda by his side.

“I don’t know how this baby makes me feel. Not yet. I do know that it’s me and you forever, and if it happens to you, it happens to me, and we face it together,” he said.