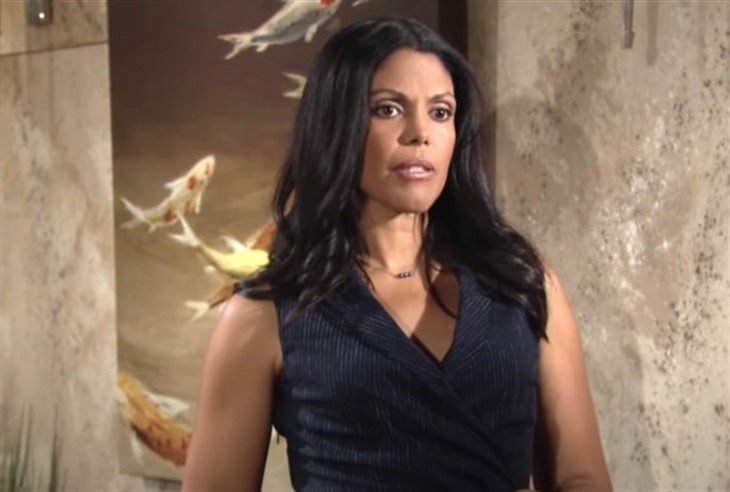 The Young and the Restless (Y&R) spoilers document that Amanda Sinclair (temporarily played by Karla Mosley) didn’t expect Victor Newman (Eric Braeden) to be affected by her questions in the manner that he was. What appears clear is that the head of Newman Enterprises didn’t fire Richard Nealon (no actor’s name known for this retrospective role) or have him killed. He wasn’t a threat to Victor or his business interests.

Naya Benedict (Ptosha Storey) and Sutton Ames (Jack Landron) remain unknown quantities. It’s possible that one or both characters, who are Amanda’s newfound blood relatives, could be complicit in the proposed unsolved murder. There is a third character who also can’t be ruled out as a suspect, Eric Benedict (no actor known to be cast for this role), who is the father of Amanda’s half-sister, Imani Benedict (Leigh-Ann Rose).

The Young And The Restless Spoilers – Victor Newman Tried To Help

Victor’s subsequent conversation with the love of his life, Nikki Newman (Melody Thomas Scott), confirmed that he was telling the truth. Niktor spoke in the executive suite at Newman Enterprises, with Victoria Newman (Amelia Heinle) continuing to feel out Ashland Locke (Richard Burgi) at Crimson Lights.

Nikki and the audience could see that Victor’s demeanor was wistful. He linked his own childhood upbringing to Richard’s long-ago request for family-related guidance.

Victor referred Richard to a private detective. Here’s hoping that means Doug Davidson (Paul Williams) will get some well-deserved screen time, as his beloved character had his own agency back in the day before Paul became Genoa City, Wisconsin’s Chief of Police.

Sutton is the politician. So, it would be easy to tag him as having done something nefarious to Richard, as a means to gain or retain political power.

But Naya can’t be discounted as being the person who ended Richard’s life. A plausible scenario could be revealed, where she perceived him as a threat to her family or he was, in fact, that. Sutton might not even be aware of what his daughter did in that instance or he’s been covering for her for years.

Since Naya later married Eric, it’s possible that a classic jealously angle was in play. Eric would be an easy villain to write, as he’s a still-to-be-introduced backstory character who could be revealed as guilty and then sent away.

The Young And The Restless (Y&R) Rumors: Adam And Lily Scandalous Hook-Up Coming?https://t.co/mqHMsOMTd5

The Young And The Restless Spoilers – Amanda Sinclair Will Keep Pushing

Of course, there’s no turning back now that Amanda has come this far. She will press her mother for further answers, potentially be shocked by them, along with whatever involvement Sutton may have had.

The ideal outcome would vindicate Naya and Sutton and pin the blame on Eric or some unknown character. But progress toward a heavy resolution is underway on Y&R.