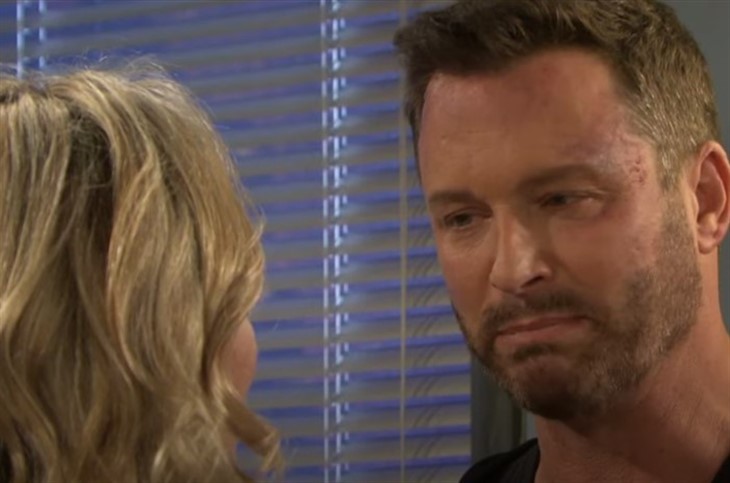 Days of Our Lives (DOOL) spoilers reveal that Brady Black (Eric Martsolf) is conflicted. He doesn’t know whether to stay with Kristen DiMera (Stacy Haiduk) or leave her. He finally makes up his mind after learning about all the people she hurt. He comes to the decision due to their daughter. How does Kristen react to being dumped?

DOOL spoilers reveal that Brady had such high hopes for Kristen. Even though the relationship didn’t start out in a normal way, Kristen seemed to want to change. However, sometimes things are not meant to be. Despite Brady still being in love with Kristen, he can’t ignore everything that she has done. He also doesn’t have just himself to think about. Who will be Kristen’s next target and how far will she go? Plus, is this the type of mother that Brady wants for his daughter?

People have tried to reason with Brady before about his relationship with Kristen. He always defended her, though, even to his own family. According to the new issue of Soap Opera Digest, Brady still loves the mother of his child. However, he can’t stay with Kristen. He just can’t believe that Kristen has hurt so many people. He wasn’t blinded by Kristen’s true nature but was really hoping that she would be capable of being a decent human being.

Days of Our Lives spoilers reveal that Martsolf explained what is going through Brady’s mind when he breaks up with Kristen.

“It’s not like he’s completely surprised because he knows what she’s capable of; he’s not oblivious to her past and her tendencies… Brady was hoping Kristen had changed and she was a different person, but he’s finding out that leopards don’t change their spots so easily… He makes a definite decision to say, ‘Listen, I love who you are but I don’t love what you do. I can’t raise a daughter with someone I don’t trust.’”

When Brady tells Kristen that he’s breaking up with her, she gets hysterical and dramatic. In fact, Martsolf said that she “goes nuts.” The actor also mentioned that it really is impossible to have a relationship with someone like that.

It is confirmed that Kristen’s big exit isn’t prison, though. She leaves Salem, which means she could return down the road. Will, she still be obsessed with Brady or will she want him to suffer? Perhaps she will come back to kidnap their daughter? Or will she be determined to finish what she started… by getting rid of Chloe Lane (Nadia Bjorlin)? We will have to keep watching the NBC soap to find out.