The Young And The Restless (Y&R) Spoilers: Amelia Heinle Makes A Confession About Ashland Locke’s Company 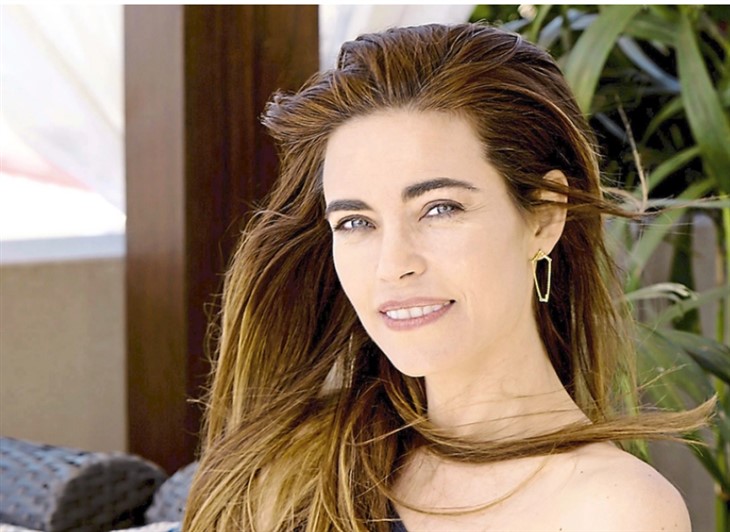 The Young and the Restless (Y&R) star Amelia Heinle (Victoria Newman) sure know a tongue twister when she sees one. The brunette beauty says that even she sometimes has a hard time trying to figure out the correct pronunciation for Ashland Locke’s (Richard Burgi) company, Cyaxares. And fans thought they were the only ones! Here’s what she has to say.

In a new interview with Soap Opera Digest, Amelia says that she and some other members of the Y&R cast were rather left complex with the name that is Cyaxares. She told the publication, “The first time we had it in our script, everyone was really struggling with it and coming up with all sorts of different pronunciations. We had to go over it a few times because we just couldn’t say it right.”

Amelia says that it wasn’t until the writers of the show started putting it in a phonetic way that everyone caught on. Thankfully, Amelia says that the word now rolls off her tongue. With that said, she was also left stumped over another word during the hunt for a religious artifact back in 2006.

She recalled, “Reliquary was the same thing, I just couldn’t say it. That took a while for me to get that right, as well. That story was strange because, at one point, Victoria had to make a convincing fake of the real reliquary. Here she went to Italy to paint for a year and then she suddenly was an art expert, making a copy of this relic that would fool these expert art thieves. That was certainly different.”

The Young And The Restless (Y&R) Spoilers: Will Adam And Nick’s Breakthrough Hold? – Victoria Challenged In Genoa City #YR #youngandrestlesshttps://t.co/VLVQ1l5Huh

With that said, it’s no wonder that so many fans love Victoria Newman so much: not only is she beautiful, but she’s also very smart. She definitely is a full package, right?