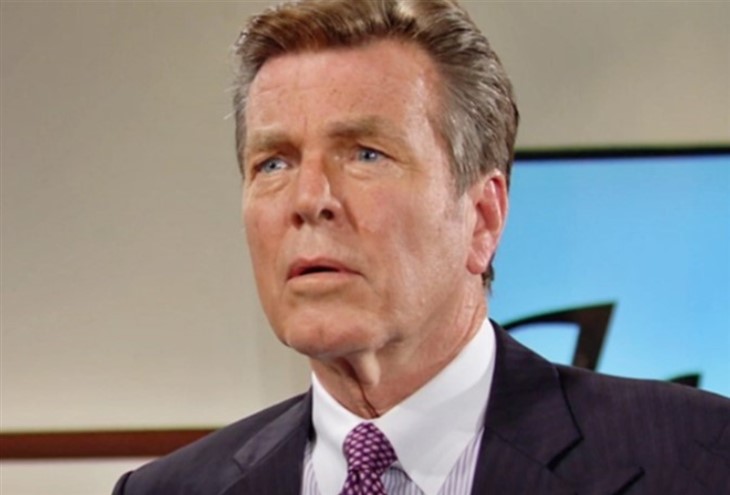 The Young and the Restless (Y&R) spoilers document that Jack Abbott (Peter Bergman) was very surprised to learn that Sally Spectra (Courtney Hope) knew about Harrison Locke’s (Kellen Enriquez) paternity. She certainly hadn’t told Jack, the man she claims to be in love with, that information.

Kyle Abbott (Michael Mealor) is engaged in what will likely be a fierce battle with Ashland Locke (Richard Burgi), who has always believed that he is Harrison’s biological father. So, Sally’s offer to partner with the Lockeness Monster is unsettling.

Jack recently told Sally that he didn’t see a future for them. What began as a friendship had turned into a new romance. But Jally didn’t survive Sally’s various behavior outbursts and her tell about The Bold and the Beautiful.

So, while Jack is again open to love, he isn’t seeking to couple with a woman who reminds him of some of the bad entanglements he was involved with in the past. Sally continues to project as trouble, which is not what Jack finds appealing at this stage of his life.

Ashland is on a tear. Suspicions about his wife have proven true, with more bad news to follow.

Tara Locke (Elizabeth Leiner) has allowed Ashland to believe that he’s Harrison’s father since the boy was born more than three years ago. She never informed Kyle about being pregnant and then denied his initial ask about Harrison.

Kyle and those he cares about are in serious trouble because of all that’s happened. Mealor’s character is pursuing paternity confirmation and if that proves out, then he’ll seek rights to his son. So, Ashland would then become an even greater threat.

The Young And The Restless Leak: Abby Gets A Shock, Mariah Wants To Keep The Babyhttps://t.co/SBbgLYCmcs

Sally decided that Summer Newman (Hunter King) was a phony. Hope’s character used Kyle as a proxy target while aiming at Summer, shortly after Sally arrived in Genoa City, Wisconsin.

Then, Theo Vanderway (Tyler Johnson) returned to town and gave Hope’s crossover character an information gift. Her knowledge of Kyle and Tara’s relationship and apparent son has been used as a weapon on numerous occasions.

Now, another opportunity exists to stick it to Skyle. Sally’s offer to become Ashland’s ally makes sense with that context. However, while vulnerable Burgi’s character is still super slick. So, viewers will need to see if Sally stirs more trouble or digs deeper holes for herself in GC.