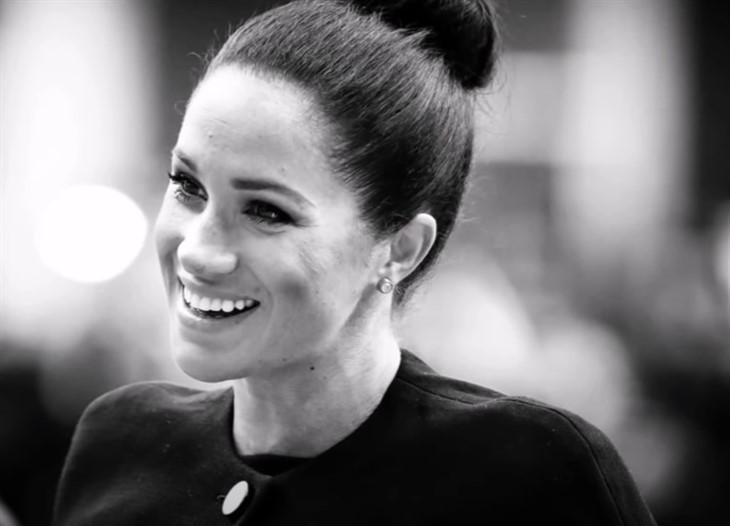 British Royal family news reveals a source recently revealed that the 39-year-old Duchess wants to make her first child and pets feel more balanced by practicing the traditional Japanese art of Reiki touching on them. Because when it comes to mental health and well-being, the royal is all about maintaining a clear mind and a balanced body.

The Duchess of Sussex and former “Suits” actress has reportedly been opening her husband Harry up to the idea of a slate of alternative healing techniques since they moved out to California last year.

A source told Daily Mail that the pregnant Duchess is helping her 2-year-old son — and her pets — with the practice of Reiki, an energy healing discipline introduced by the Japanese, in an attempt “to help them feel more balanced and relaxed.”

The Duchess is also introducing her husband, who has been very open about his years of struggling with mental health issues, to the process of “ancestral healing” to help him cope with “generations of genetic baggage.”

“Ancestral healing” is based on the idea that unhealed family traumas and legacies are nestled within everyone, and it takes active work and therapy to be able to free oneself from all the generational trauma.

“Meghan said both she and Harry come from a long lineage of pain and suffering, [with] generations of genetic baggage, and that it’s now up to them to break the cycle once and for all,” a source told the tabloid.

In the latest episode of the AppleTV+ series, The Me You Can’t See, which he co-created with Oprah Winfrey, the royal shared how he was passed on a lot of “genetic pain” from his father Prince Charles, prompting an unhappy childhood and the need to “break the cycle” and prevent his children from suffering as he did.

He told Oprah Winfrey that he doesn’t believe that parents should pass on their suffering to their children, citing it as one of the reasons he made the decision to step down with his wife as senior royals.

“My father used to say to me when I was younger … ‘Well, it was like that for me, so it’s going to be like that for you,’” Harry explained.

Prince Harry also shared the other therapy method, tapping therapy, that he and the Duchess of Sussex happily practice in his mental health awareness series.

In the documentary, Harry could be seen undergoing the eye movement desensitization and reprocessing (EMDR) psychotherapy technique, which he used to relieve his PTSD in the aftermath of his mom’s death. (EMDR also involves tapping the patient’s shoulders.)

“EMDR is always something that I wanted to try and that was one of the varieties of different forms of healing or curing that I was willing to experiment with, and I never would have been open to that had I not put in the work and the therapy that I’ve done over the years,” Harry shared with Oprah Winfrey.

During the session with UK-based psychotherapist Sanja Oakley, Harry showed viewers how using EMDR helped him relieve himself from the feeling of being “hunted” and “helpless”, before braving up to the task of returning home to attend his grandfather Prince Philip’s funeral.

Since leaving the royal family behind, Harry has on many occasions accused members of the royal family of the pains and the trauma — and even of their complete silence about learning of his deep unhappiness– they have caused him and his wife, and indirectly, his son.