The Bold And The Beautiful (B&B) Spoilers: Hope Wants Liam to Confess – Bill Remains A Villain 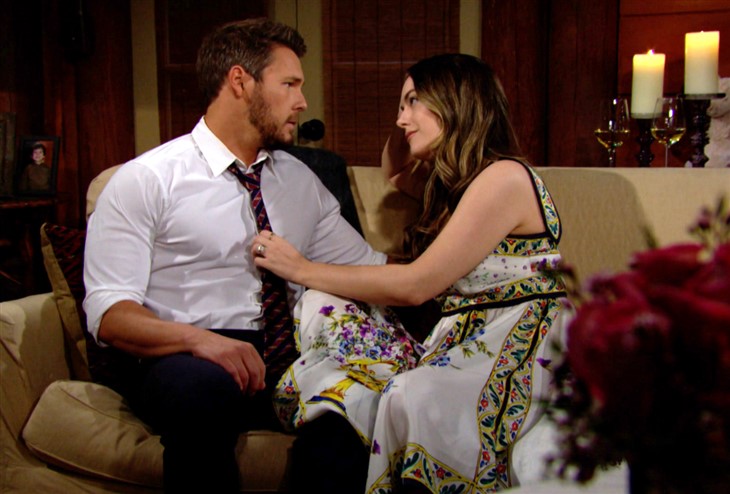 The Bold and the Beautiful (B&B) spoilers document that Hope Logan (Annika Noelle) is an honest person who has the strength of mind and heart. That’s why she immediately responded after hearing Liam Spencer’s (Scott Clifton) confession.

Hope told Liam that he hadn’t done anything wrong in hitting Vincent Walker (Joe LoCicero) and then she, unlike Bill Spencer (Don Diamont), took the right turn. Noelle’s character convinced Liam to follow his gut, go to the authorities, and admit what happened.

Bill’s subsequent arrival at the cabin was a bit of a stretch. But it fit the dramatic purposes within this thriller storyline.

The Bold And The Beautiful Spoilers – Liam Spencer Also A Victim

Yes, Liam has been withholding evidence from the police. That makes him a criminal and guilty of shirking his responsibility.

However, he never intended to run Vinny down. He also fainted at the scene after that accident victim took his last breath. That’s when Bill decided to turn what was a tragic mistake into a series of crimes and a complex cover-up.

While Vinny is the ultimate victim, a lesser tag can also be applied to Liam. The driver of the car that struck a pedestrian didn’t steal Vinny’s wallet and smartphone. He didn’t destroy the electronic device and then discard that and the wallet in an attempt to slow the authority’s identification of the body. Bill did that.

The Dollar Bill persona has been shelved for an extended period of time. Diamont’s character worked hard to keep that portion of himself repressed in response to Katie Logan’s (Heather Tom) extended lesson.

Batie remains apart because Katie told Bill she didn’t feel confident that he could retain stability and wanted to avoid the impact his erratic behavior pattern would have on their son and herself. Sure enough, Katie’s prediction has come true through this storyline.

Bill firmly believes that he’s protecting Liam from punishment. But that twisted sense of paternal instinct has actually turned Liam into his accomplice.

The Bold And The Beautiful Spoilers: Zoe’s Deadly Exit, Murdered By Moral Compass Of B&B?https://t.co/MwysQVPv5U

Liam was committed to keeping the secret, but he also knew it was gnawing at his conscience. So, he told Hope the truth as a means of starting to confront this expanding problem.

Hope, like Steffy Forrester (Jacqueline MacInnes Wood) in the past, is the person Liam goes to for advice. That’s okay in terms of trusting his current soul mate, but also affirms that Liam still hasn’t matured during what are his middle-aged years.

Thankfully, Hope is the key supporter Liam needs in order to being dealing with the wrongs that have occurred. As for Bill, he vehemently disagrees and is now Hope’s rival in this instance.