The Young And The Restless (Y&R) LEAK: Tara Fiddles With The Paternity Test To Make Kyle A Baby Daddy 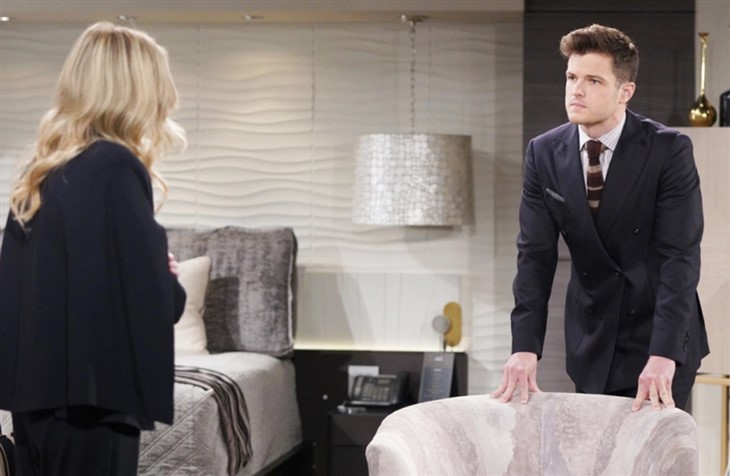 The Young and the Restless (Y&R) spoilers tease that tomfoolery is afoot in Genoa City, Wisconsin when a baby mama takes matters into her own hands. Our CBS inside source is hearing some delish gossip about an upcoming paternity test that is altered and causes lives to spiral out of control.

Keep reading to discover who is the latest to monkey with lab results in Genoa City, Wisconsin!

Kyle Abbott (Michael Mealor) had a fling with Tara Locke (Elizabeth Lanier) three years ago in NYC. Apparently, a child was born as a result of that fling, but right now we have only the word of scoundrel Theo Vanderway (Tyler Johnson) to go on.

His word has been taken as truth up until now. But matters took an explosive turn when Tara’s husband Ashland Locke (Richard Burgi), aka The Locke Ness Monster, found out about his wife’s indiscretion. So far he hasn’t been told about the child, but he’s not stupid.

Tara hot-footed it to Genoa City after Ashland exploded over the affair and she showed up at Skye’s engagement party. With Tara begging Kyle to do the right thing and declare his paternity, she has been taken in at the Abbott Mansion.

Kyle got on the phone and ordered up some quickie lab tests, but our source spills that the results may not be genuine.

The results will apparently show Kyle to be the baby daddy, but Tara may have tampered with them. What does she have to gain? Apparently, she’s not as sweet as she presents herself to be and she knows a cash cow when she sees one.

The Young And The Restless (Y&R) Spoilers: Victoria And Ashland New Power Couple?https://t.co/uGwsm22cI2

Making her kid an Abbott heir is mighty appealing to her especially now that she’s living large in the mansion. She’s basically no one without Ashland, so Kyle is the default man in her life. Or is he? Along with the dish that Tara tampers with the paternity test, our source has heard whispers that Tara could make a play for granddaddy Jack Abbott (Peter Bergman).

All of this is apparently up in the air and TPTB could be biding time to see how fans react to a Tack pairing.