General Hospital Spoilers: Who Will Cyrus Choose As New Chief Of Staff At GH? 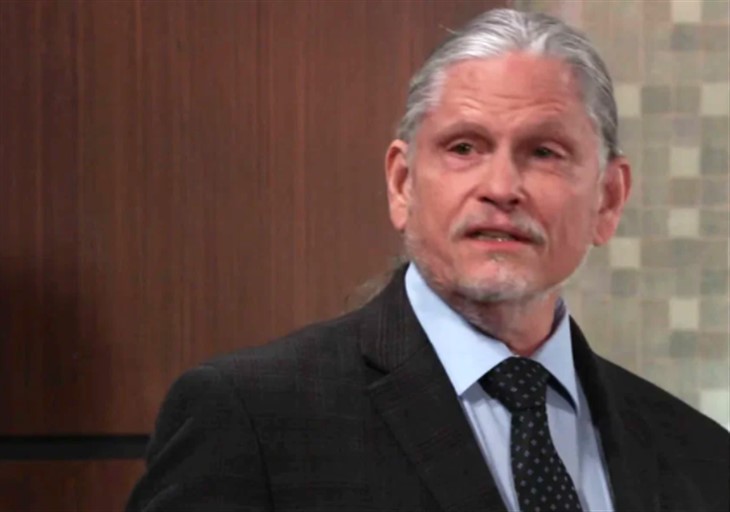 General Hospital (GH) spoilers tease that since Cyrus Renault (Jeff Kober) tried to have Dr. Britt Westbourne (Kelly Thiebaud) killed, it’s safe to assume that when she comes out of hiding, that Cyrus will have chosen a new Chief of Staff. Cyrus hand-picked Britt because of her past troublemaking ways and criminal past.

The goal was that even if Britt found out Cyrus was using the hospital as a front to get his drugs out, he believed she would just look away. But Britt surprised everyone by being extremely competent, and when she realized that overdose deaths in Port Charles had skyrocketed since her last stay in Port Charles, she realized Cyrus was the drug kingpin and she provided as much information to Jason Morgan (Steve Burton) as she could, which became an important friendship to them both. So who will Cyrus place in the position?

One of the first things Cyrus did as Chairman of the Board was to fire Monica Quartermaine (Leslie Charleson). Monica’s long tenure at General Hospital meant she would be impossible to fool. If he was indeed using the hospital as a cover to sell illegal drugs, Monica would have figured it out immediately. Cyrus needs someone unfamiliar with the way General Hospital is supposed to run. Cyrus might surprise everyone by hiring Portia Robinson (Brooke Kerr) in the position.

While Portia is a terrific doctor with a great reputation, she hasn’t worked at General Hospital all that long which might anger staff members who had been there longer. And while Portia would do everything in her power to keep Cyrus from distributing his drugs through the hospital. But Cyrus may have decided to look for other avenues to distribute his poison if too many people are suspicious. But either way, Cyrus may very well choose Portia just to cause trouble!

GH Spoilers – Could The New Doctor On The Scene, Austin Be Cyrus Renault’s Pick?

But as of this week, there appears to be another Dr. mixing it up with Port Charles residents. Maxie Jones (Kirsten Storms) was very lucky when she escaped from her kidnapper as she started to go into labor. Because after she found a clearing, a man named Austin (Roger Howarth) claiming to be a doctor and ready to assist Maxie during childbirth. But is the new doctor already planning to move to Port Charles?

Could he have already received an offer from Cyrus? It might be easier for the current staff to adjust to a brand new employee as their boss rather than someone who is already on staff but hasn’t been there long. And since Maxie didn’t mention Austin’s resemblance to the late Franco Baldwin (Roger Howarth) it seems that may not be a story point that the show is going to explore.

Who would you choose as General Hospital’s new Chief of Staff? Would you prefer to see Monica return to the hospital or is she better off away from all the formalities such a high-level position requires? What about Portia? She seems well on her way to a long and prosperous career at General Hospital. But has she been on staff long enough to earn the kind of respect and authority of the rest of the staff?

And finally, could our brand new doctor, Austin be the lost shot? And do you think his resemblance to Franco will be addressed or ignored? Power Plays always seem to ruffle feathers in Port Charles, so stay tuned to General Hospital airing weekdays on ABC. And don’t forget to check back right here regularly for all your General Hospital news, information, and spoilers!