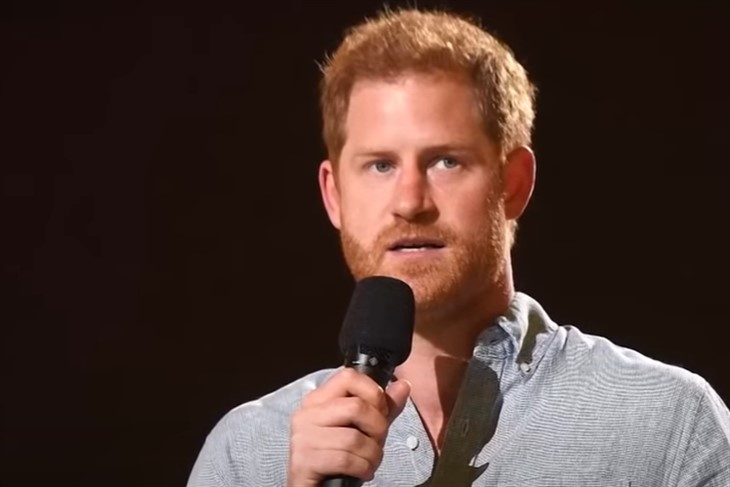 British royal family news reveals that today armchair therapist Prince Harry, Duke Of Sussex continued his extremely unqualified lectures on the topic of mental health, dispensing advice and publicly shaming those he has vendettas against.

He told Oprah Winfrey on Apple TV+ that all of his experience making two specials with her has enabled him to know how to competently respond to someone who is suicidal.
Harry has zero professional or educational experience in counseling or psychology. But he has made a few trashy tv shows with the mistress of talk.

His latest preaching comes a week after the pair’s debut series The Me You Can’t See. In the new episode released today, Harry and Oprah agreed that telling a suicidal person that they are ‘not alone is the best thing they learned while cobbling together the mental health docuseries.

Actually, a qualified mental health professional knows there is a lot more to say and do to help someone contemplating taking their own life, and maybe one day the amateurs Harry and Oprah will make a bona fide mental health series with sound advice from such experts.

In last week’s episode, Harry informed everyone that his wife Meghan once shared that she was suicidal. “And of course, because of the system that we were in and the responsibilities and the duties that we had, we had a quick cuddle, and then we had to get changed to jump in a convoy with a police escort and drive to the Royal Albert Hall for a charity event. Then step out into a wall of cameras and pretend as though everything’s okay.”

Yes, that was Harry throwing his family aka “the system” under the bus for their predicament, not taking any responsibility for getting his wife the help she needed.

Royal Family News: Many Celebs Helped Oprah and Harry in their Latest Collaboration
Actress Glenn Close appeared to agree that it is important to talk openly about suicide and Robin Williams’ son Zak shared his thoughts about his dad Robin Williams killing himself in 2014. Zak said that the public got in the way of his grieving. “From my end, it was really hard to separate initially the process of privately grieving versus sharing the grieving with the general public. I really didn’t get a chance to really focus on the private grieving process until a year and a half after my dad passed away.”