The Bold And The Beautiful (B&B) Spoilers: Who Will Thomas Blame More Liam Or Bill About Vinny? 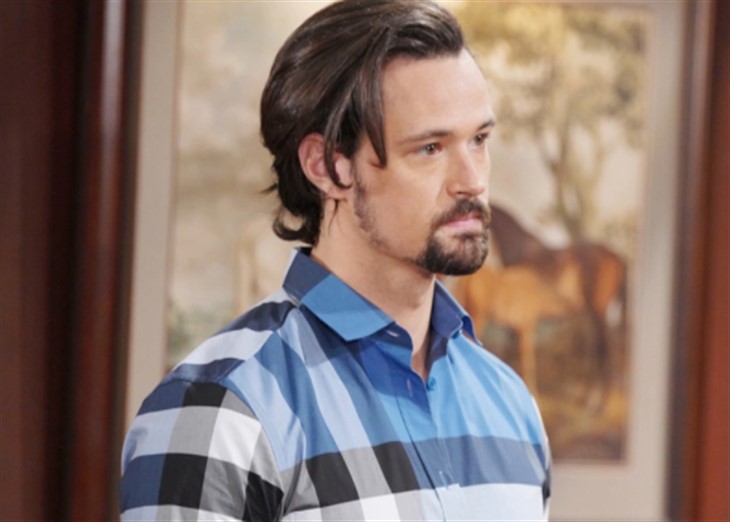 The Bold and the Beautiful (B&B) spoilers and updates reveal Thomas Forrester (Matthew Atkinson) is trying to solve a mystery. He is trying to find out who killed his best friend Vincent Walker (Joe LoCicero). Vinny was killed in a hit-and-run accident. Thomas wants to know who could have left Vinny to die all alone. Thomas had been upset with Vinny before his death. Thomas found out that Vinny had altered the paternity test that his sister Steffy Forrester (Jacqueline MacInnes Wood) had needed to be done to see who the father of her baby would be.

Steffy had been dating Dr. John Finnegan (Tanner Novlan) but had a one-night stand with Liam Spencer (Scott Clifton). The test came back that Liam was the father. It caused trouble for Liam and his wife Hope Spencer (Annika Noelle). Later Thomas found out that Vinny had altered the test because he had wanted Thomas to be able to be with Hope. Thomas told everyone that Liam was not the father of Steffy’s baby. The information that Thomas uncovered has helped Liam and Hope to get back together.

Thomas does not know that Liam is the one that accidentally killed Vinny. Liam and his father Bill Spencer (Don Diamont) were out for a drive when Liam hit Vinny with the car. Liam passed out and Bill covered up the situation. Liam has been feeling regret ever since he accidentally killed Vinny. Thomas knows that Liam feels bad about Vinny’s death because Liam expressed his condolences to Thomas about Vinny. Thomas was surprised that Liam would feel that regret that Vinny was dead. Thomas knows that Vinny could have cost Liam his marriage to Hope. Thomas was grateful that Liam showed him respect in regards to losing Vinny.

B&B Spoilers – Bill Spencer Does Not Feel Regret over Vinny

Thomas needed to see Bill on a business matter. Thomas and Bill started to talk about the situation around Vinny’s death. Thomas told Bill that he wants to find out who killed his friend. Bill told Thomas that he thought that Vinny had gotten what he deserved. Bill pointed out that Vinny had tampered with the paternity test. He brought up the fact that Vinny had a criminal past. Thomas was upset because he believes that Vinny could have had a second chance to do what was right. The exchange between Thomas and Bill could have gone badly but Wyatt Spencer (Darin Brooks) interrupted the meeting. Thomas left before he and Bill came to blows about Vinny.