The Young And The Restless (Y&R) Spoilers: Ashland Out Of Sorts – Kyle Gets The Upper Hand 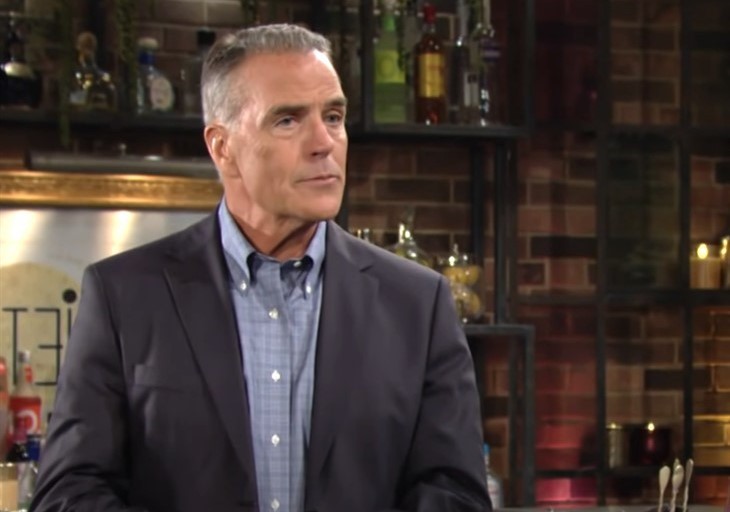 The Young and the Restless (Y&R) spoilers document that Ashland Locke (Richard Burgi) originally came to Genoa City, Wisconsin, in anticipation of closing a business deal. While he did that, this famous Midwestern setting also served as the location where his marriage was revealed as a sham.

The Locke coupling has ceased to exist, with Ashland’s attorneys handling divorce paperwork and producing a court order that grants him access to Harrison Locke (Kellen Enriquez).

Meanwhile, Tara Locke (Elizabeth Leiner) and her son have been unexpectedly welcomed into the Abbott home. Kyle Abbott (Michael Mealor) is planning a paternity test and Jack Abbott (Peter Bergman) is over the moon, as he has a grandson.

The Young And The Restless (Y&R) Spoilers: Will Devon Replace Chance in Abby’s Live – Husband Gone for Good?

The Young And The Restless Spoilers – Lockeness Monster In Attack Mode

Kyle has been screaming for months in an attempt to prevent what’s happened from happening. While he wasn’t successful, Harrison has become his lead focus now.

Ashland’s well-earned reputation in business involves him exacting vengeance on perceived enemies. But no one is known to have actually wronged Ashland in such a personal way in the past. So, what will the Lockeness Monster’s full response be in this unique situation?

Jack was stunned by Kyle’s tell about the scenario. But Bergman’s character is also glad to know because Abbott needs to defend their family and Jabot.

Tara has just begun dealing with her husband’s understandable wrath. She voluntarily broke their vows more than three years ago and with that consequences are now realized.

It’s not known if Ashland ever cavorted with other women during the period of the Locke’s marriage. If he did, then their union has been unstable for a while.

Harrison is Tara’s top concern. Her well-intended perspective, that Ashland should remain a part of their son’s life, implies that her maternal instincts are solid.

The Young And The Restless Spoilers – Kyle Abbott Seeks Confirmation

Kyle is smart to confirm paternity. He needs a definitive answer and will also use that assumed proof when pursuing rights.

Tara is someone who Summer Newman (Hunter King) wishes didn’t exist. But she does, Kyle was involved with her, and it appears as though they have a child together.

Thankfully for Kyle, he has the support of his fiance, the mother of his assumed child, and backing from the Abbott’s. So, current momentum exists. Fans will see if it continues to build, as Ashland certainly wants to reverse it.