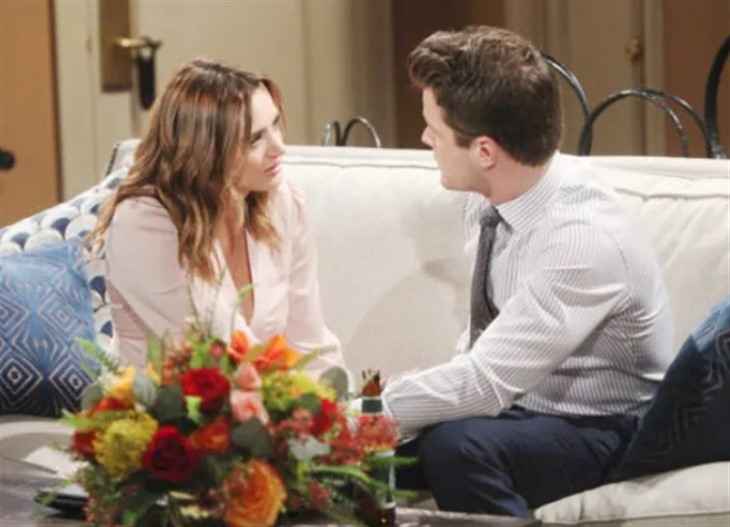 The Young and the Restless (Y&R) spoilers document that Kyle Abbott (Michael Mealor) doesn’t intend for his presumed paternity claim to impact Summer Newman (Hunter King). He loves her completely, they are engaged, and the marriage remains set for the fall.

Lily Winters (Christel Khalil) has proceeded in fits and starts with Billy Abbott (Jason Thompson). No one can blame her for taking that approach, except for Victoria Newman (Amelia Heinle).

The reality of Skyle’s marriage is far from set, due to the X factor of the unresolved Locke family drama. As for BiLily, who can predict what Billy will do at any point in the plot? Surely not Lily.

The Young And The Restless Spoilers – Skyle Is At Its High Point?

It’s reasonable to assert that Skyle is actually at its highest couple’s point in Y&R history. Summer has become the stabilizing force in this relationship, with Kyle being off-kilter.

Tara Locke (Elizabeth Leiner) has proven to be far more than a past romantic connection. If the paternity test confirms that she is the mother of Kyle’s first-born child, then Harrison Locke (Kellen Enriquez) will be a permanent part of the Abbott family.

It’s actually good that Skyle has endured and survived past upheaval. That backstory makes it possible for fans of this pairing to really believe they can remain together and marry later this year.

Lily is smart. She knows that falling in love with Billy means fun in the sun is a guarantee. But storms have always tested any romantic pursuit he makes. It’s a good guess to assume a coming scenario or more than one will do the same.

Billy is sincere in being past Villy. He accurately assessed that Victoria could only see him in a certain way. Her experienced outlook was and remains fully understandable, based on their specific arc.

So, moving in with Billy is a major step that Lily is taking. As has been true to date, she will need to see how that goes before making further plans.

The Young And The Restless (Y&R) Spoilers: Kyle Abbott Must Choose – Summer Or His Son? https://t.co/nNgUoZWDDn pic.twitter.com/Zg9kUybJPj

The Young And The Restless Spoilers – Family Approval Is Important

As for Billy, his mother, Jill Abbott Atkinson (Jess Walton), favors Lily, though she wanted Villy to revive. But Billy’s family influences also include Victoria and the children.

Johnny Abbott (Holden and Ryan Hare) and Katie Abbott (Sienna Mercuri) like Lily. So, there have been no issues there. But Victoria seems unlikely to ever let go of Billy, no matter who she might become involved with moving forward on Y&R.