The Young And The Restless (Y&R) Spoilers: Victor And Adam Take Aim – Can Billy Boy Stop Them? 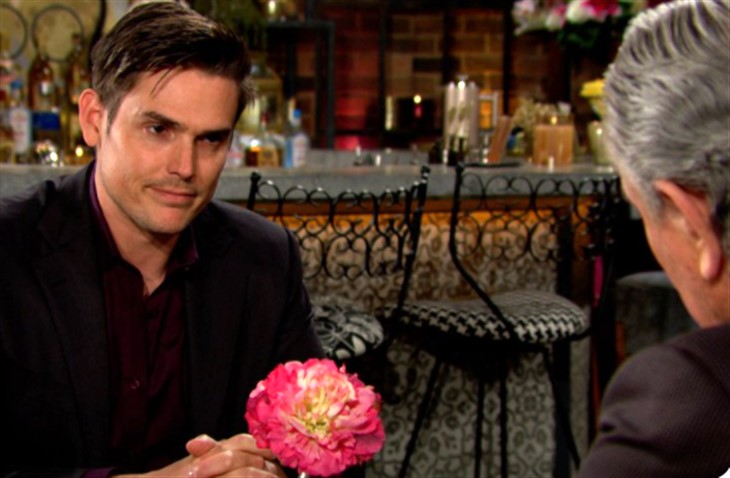 The Young and the Restless (Y&R) spoilers document that Victor Newman (Eric Braeden) and Adam Newman (Mark Grossman) intend to use their newfound peace accord to create mayhem for a shared opponent. Cyaxares has already been re-branded as the ink dries on the sales agreement Ashland Locke (Richard Burgi) was forced to sign.

Billy Abbott (Jason Thompson) committed the crime of telling the truth about Adam’s backstory. Grossman’s character didn’t like that even a little bit. The Moustache took the Chance Com story slam, which was digitally published in the recent past, as a call to arms.

Young And The Restless Spoilers – Newman Media Is A Front

Billy has been telling anyone who would listen that Victor and Adam were going to use Cyaxares as a weapon against him1. He was right, as developing plans prove.

Ashland sat at a table with the Newman’s. The get-together at Society demonstrated something. Billy isn’t in the same business league as Victor, Adam, or Burgi’s character. He behaves like a boy when it comes to money-based scraps.

To Billy’s credit, he has been dealing with Delia Abbott’s (Sophie Pollono) loss for many years. That continues to directly impact every interaction he has with anything Adam-related.

Y&R introduced daytime veteran Burgi in the last handful of months. His hardscrabble character fits with Victor and Adam.

Ashland respects Victor’s tactics and demonstrated that he’s capable of brushing off a personal slight if it serves his overall interests. Such has been seen with how he responded to Victor following the heart crisis. The very next time he saw the Moustache, which was at Society, Ashland shared a drink with him and Adam.

Billy doesn’t want to get along with the Newman’s or people like Ashland. He has a sensitive soul that is rejected by Victor, Adam, and Burgi’s Y&R alter ego.

Young And The Restless Spoilers – Billy Abbott Gets His Shots In

It must be said that Billy isn’t a fool. The referenced article about Adam produced the intended negative business and personal effects.

Billy’s concerns about Victor and Adam using the company they own to retaliate are about to come into play now that Chance Com has been blocked from obtaining Cyaxares. The goal is to crush the company Billy and Lily Winters (Christel Khalil) are running, taking whatever is left and folding the useful pieces into Newman Media.

Yes, hardball is being played in Genoa City, Wisconsin. This is not a game, but winners and losers will soon be determined.