Days Of Our Lives Comings And Goings: Carson Boatman Cast As A Grown Up Johnny 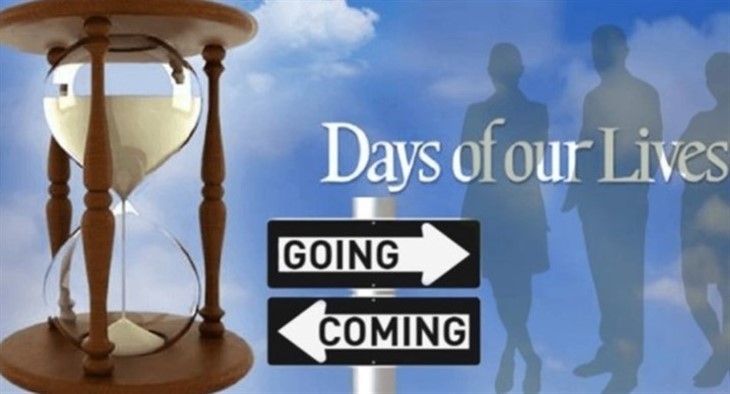 Days of Our Lives (DOOL) comings and goings reveal a new member of the young adult set with the addition of Johnny DiMera, Allie’s twin. Carson Boatman is now playing the role that was played as a boy by Griffin Kunitz.

Days Of Our Lives Spoilers – A Good DiMera Or A Bad DiMera?

Allie’s (Lindsay Arnold) twin, a DiMera, returns to Salem, but how? Hmmm… Well, long-time fans will remember that Sami (Alison Sweeney) had twins by two different men. She slept with Lucas (Bryan R. Dattilo) the same night EJ (then James Scott) raped her, resulting in Allie, a Horton, and Johnny, a DiMera. Allie is named for Lucas’s grandmother Alice Horton (the late Frances Reid) and Johnny is named for John Black (Drake Hogestyn), the stepfather Sami has had a love-hate relationship with for years.

Well, now Johnny, who had quite the childhood, is all grown up and when EJ arrives back in Salem, it looks like his son does too and Allie is thrilled to see her brother. Will he be sweet and sassy like Allie or dark and brooding like his father? He could also be a neurotic, manipulative hot mess like his mother. Often meaning well, but always screwing up. The possibilities are endless.

DOOL Spoilers – Who Is Johnny DiMera?

When Johnny was just a small boy, he broke everyone’s hearts in a storyline in which he was blind due to a rare disease. Johnny eventually had surgery to help fix his eyesight and went on with his little life.

When EJ was allegedly killed and Sami got a movie-producing deal in Hollywood, she chose to leave Salem to emotionally recover and took Johnny, Allie, and Sydney with her. Since then, EJ has been found alive and Johnny has been living in Europe, but if Allie is in her early 20s now, so is Johnny, although he was born in 2007.

Days Of Our Lives Spoilers – Who Is Carson Boatman?

According to his Instagram, Carson Boatman is an actor and country singer. His previous credits include the films Runt, Bedeviled, and Devilish Charm. Will Johnny DiMera also have a devilish charm like his father? Stay tuned to Days of Our Lives this summer to find out.