General (GH) Hospital Spoilers: Anna Vents About Peter To Obrecht – Will They Team Up? 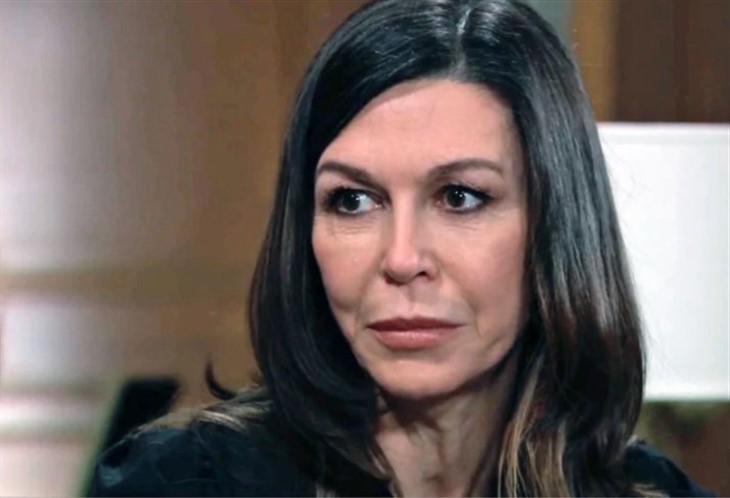 General Hospital (GH) spoilers tease that a frustrated Anna Devane (Finola Hughes) will vent about Peter August (Wes Ramsey) to Liesl Obrecht (Kathleen Gati) in an upcoming episode of General Hospital. Liesl will regret not taking him out herself long ago!

General Hospital Spoilers – Could Peter August Have Survived And Is In The Wind?

There are many in Port Charles who “died” but lived – Anna Devane herself among them! There are different ways that Anna could be frustrated about Peter and Liesl respond in that way; after all, should Peter not have survived or he is in a coma, Anna may be frustrated at not being able to make Peter truly pay for his crimes.

Justice will not be served with the death of Peter, and there is a good possibility that the formula for the antidote to save Harrison Chase’s (Josh Swickard) life could die with him as well as any remaining vials of the antidote. If Peter were somehow to not only have lived but escaped General Hospital, then Anna certainly would be frustrated, and Liesl certainly would regret not taking him out herself long ago!

After all, that would mean that Maxie Jones (Kirsten Storms) could still be in danger in spite of being able to hand off baby Louise August (unknown infant actor) to Brook Lynn Quartermaine (Amanda Setton)!

General Hospital Spoilers – Liesl Obrecht Has Her Own Regrets

General Hospital viewers will recall that Liesl actually did have a plan to kill Peter August, but also Anna. She was very vengeful at having been framed for Drew Cain’s (Billy Miller) death but obviously came to realize that Peter had duped Anna and she was not at fault. However, when Franco Baldwin (Roger Howarth) started having his Drew memories coming up because of the brain tumor reoccurring, she knew that Franco would be in danger from Peter.

General Hospital Spoilers: Valentin And Anna Have To Be Togetherhttps://t.co/UTQBGtHFKd

Franco was way too trusting when he told Peter about those memories coming up with Drew talking about Peter and Afghanistan – even though in the end, he had managed to coerce a confession out of Peter down in his art studio before Peter got the upper hand and killed him. That is one reason Liesl would regret not taking out Peter long ago – she knew what he was capable of but yet she didn’t click the pen at the double wedding that didn’t happen which would have triggered Dante Falconeri’s (Dominic Zamprogna) kill switch, which may have given her a lot to explain, but would have saved Franco’s life!

It also would have prevented the aftermath of Maxie’s eyes being opened to what Peter really was, and prevented her from having to go to extremes to try and protect herself and her baby! Anna may have similar regrets – but hers would be related to not bringing Peter to justice before he had a chance to create the toxin that could kill Harrison Chase (Josh Swickard)! Both Anna’s and Liesl’s regrets over not taking action sooner will exist whether Peter died or not!