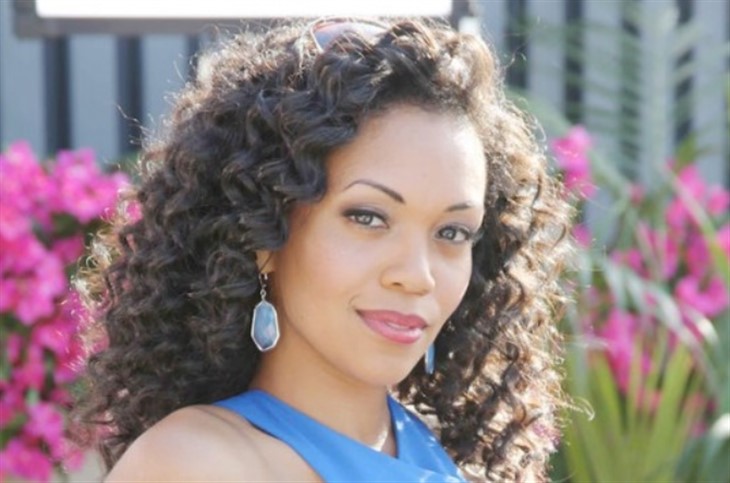 The Young and the Restless (Y&R) spoilers say the reason why fans haven’t seen Mischael Morgan (Amanda Sinclair) on the small screen in quite some time is that she experienced quite the health scare. As a matter of fact, the actress recently opened up about a problem she had with her eye and why she was forced to be sidelined from the show. Here’s what you need to know.

As many Y&R fans know by now, Mishael took some time off from the hit CBS soap after a visit to her optometrist. While she often does get her eyes checked, the last time she went to the doctor was two years ago. She had to undergo emergency eye surgery after the doctor found out that something wasn’t right.

She explained to Soap Opera Digest in a new interview, “The doctor was like, ‘Yeah, so your retina is definitely detached and it’s close to the center of your eye and if it detaches any more, you could lose vision, you could go blind, so we have to take care of this right away and we have to get you into surgery in a day or two.”

Mishael says she was absolutely shocked and disappointed over the news because she and her husband were planning on renovating their bathroom but now had to deal with this emergency. She recalled, “And then I got home to a gutted washroom and I told my husband, “I have to do this crazy surgery and when I get out of this surgery, I’m going to have to stare facedown for seven days in a special chair and I only get breaks every hour for 10 minutes.”

The Young And The Restless (Y&R) Spoilers: Ashland Sides With With The Newman's – Tara Moves Into Abbott Mansion #YR #YoungandRestlesshttps://t.co/Zw69rUcIIW

Y&R News – Karla Is Back On The Canvas Again

Mishael says that while those seven days surely felt like a lifetime, she’s feeling much better now. She also says that she can’t wait to get back to work. Fellow soap star Karla Mosley (Maya Forrester, The Bold and the Beautiful) stepped in for Mishael and played Amanda while she was out. Needless to say, fans can’t wait to see her on the canvas again!