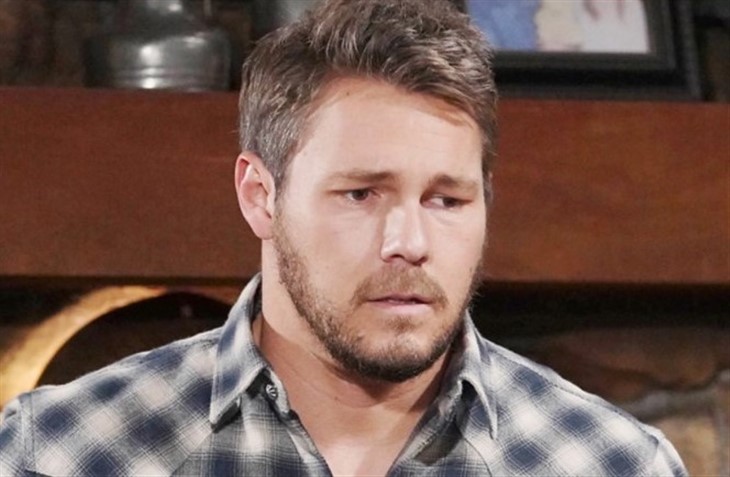 The Bold and The Beautiful (B&B) spoilers tease that Liam Spencer (Scott Clifton) might put a target on Thomas Forrester’s (Matthew Atkinson) back to make sure he doesn’t ruin Liam’s life; honestly, that sounds more like something Dollar Bill Spencer (Don Diamont) would pull, but both Spencers are desperate for Liam not to go to prison for the rest of his life in upcoming episodes of The Bold and The Beautiful!

The Bold And The Beautiful Spoilers – Thomas Forrester Will Be Outraged

Thomas thought some time in prison might teach Vinny a valuable lesson, but he never wanted him to just die like a deer in the headlights at the side of the road alone! Thomas will be outraged at first when he hears that Liam was charged with the hit and run – however, he doesn’t know about Bill’s part for sure although he likely suspects it. The Bold and The Beautiful spoilers tease that Bill and Liam will continue to try to cover for each other before Liam finds himself behind bars. Thomas will likely hit the roof and believe Liam is right where he belongs for the time being; arrested and behind bars. However, if Vinny could make bail Liam likely will too – probably paid for by Dollar Bill!

Viewers of The Bold and The Beautiful will recall that Liam has been spiraling since Dollar Bill’s cover-up. The cover-up has only served to make Liam appear more guilty, considering he had wanted to call 911 and do the right thing. But could there be another explanation? Was there someone else on the highway that night that hit Vinny before Liam did? If so, and perhaps that other driver DID hit Vinny with the intention of motor vehicle homicide, then hearing about Liam taking the fall on the news will make that person breathe a sigh of relief! Liam has been spiraling but not to the point of a psychotic form of revenge where he would put a target on Thomas’ back for not believing in his innocence! Dollar Bill – well, maybe, but he didn’t set out to run over Vinny either – he is just guilty of stupidity-or is he?!

According to Soap Opera Digest summer previews, Thomas will find out some new information pertinent to the Vinny Walker case that could not only change the lives of the Spencers forever but the fate of Spencer Publications – and put a target on Thomas’ back when he tries to make things right and speak the truth. Whoever that person is, it sounds like not only will Thomas be in danger from Vinny’s true killer, but the Spencer men will be too, and when the truth comes out, it will endanger Dollar Bill’s legacy, namely Spencer Publications, as well!