The Young And The Restless (Y&R) Spoilers: Kyle Learns The Truth – Will He Keep Harrison In His Life? 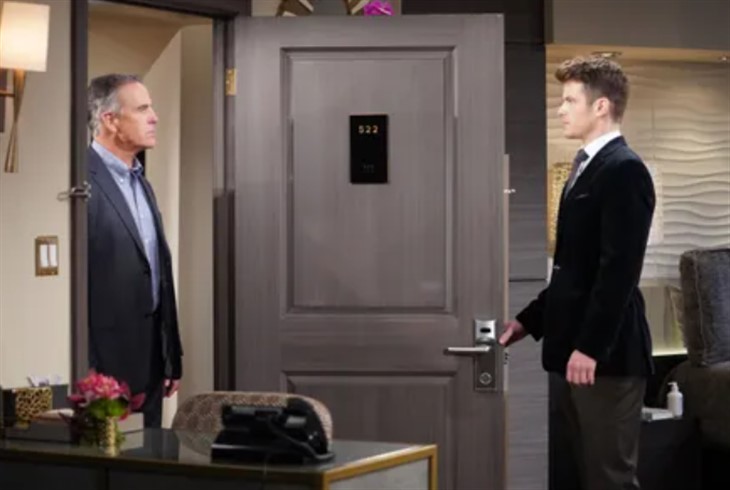 The Young and the Restless (Y&R) spoilers say that Kyle Abbott (Michael Mealor) learns that he is in fact the father of young Harrison. Things of course get very complicated when Ashland Locke (Richard Burgi) comes to the Abbott mansion and says that he wants to spend some time with the young tot while Kyle is awaiting the results of his paternity test. Here’s what you need to know.

The Young And The Restless Spoilers – Kyle Newman Learns The Truth – Will He Keep Harrison LockeIn His Life?

According to the latest issue of Soap Opera Digest, when Ashland visits Harrison, Kyle debates telling him about the paternity test but ultimately decides to keep this information to himself. When the test results come back and prove that he is in fact the father of this little boy, he’s awestruck. He certainly didn’t expect it but now that he’s been faced with the truth, he knows that he’s going to have to live with it – for better or for worse.

The Young and the Restless spoilers tease that while Kyle musters up the courage to tell Ashland the truth, he knows that he’s not going to go away too easy, either. Michael Mealor, who plays Kyle Abbott on the hit CBS soap, puts it this way, “To him, he’s going, ‘No, this is a ploy. It’s bull. There is no way this could have happened. He’s my kid.’ So I think Ashland is very dumbstruck in a way and he wants more proof. He wants to investigate it and fight for this to the bitter end to prove what he believes is his.”

The Young And The Restless Comings And Goings: A Core Cast Member Returns And A TV Star Debuts #yr #youngandrestlesshttps://t.co/6qcVLZIcxf

It’s without a doubt that the battle between Kyle and Ashland is going to continue, even though the proof is already in the pudding regarding Harrison’s paternity. In other words, their war is not over yet. Of course, Y&R fans will have to tune in each and every day to find out what will happen next!