General Hospital (GH) Spoilers: Will TJ And Molly Get The Goods On Nikolas? 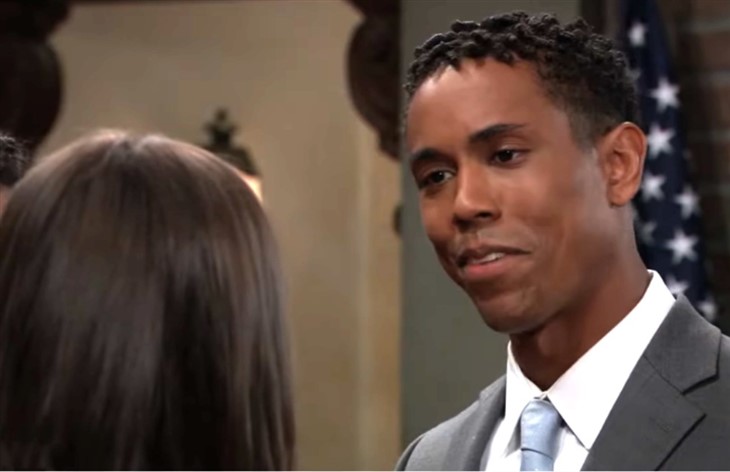 General Hospital (GH) spoilers reveal TJ (Tajh Bellow) determined to make sure Shawn (Sean Blakemore) finally walks out of jail for a crime he didn’t commit. Alexis (Nancy Lee Grahn), who is in jail for a crime she did commit, is determined to see that happen too. And when the Davis girls set their minds to something, they usually make it happen.

Shawn was actually gunning for Drew (Billy Miller), who was Jake Doe at the time, and then thought he was Jason Morgan (Steve Burton), but another bullet got Hayden (Rebecca Budig) instead. That bullet came from a hitman that Nikolas (then-Tyler Christopher; now Marcus Coloma) hired and months later when Hayden awoke from her coma, she learned the truth but had fallen for Nik by then and kept it a secret. And Shawn lingered in jail while half the town has always known he was innocent.

Nikolas has even decided to buy the prison now not think there has been a man languishing there for five years for a crime Nik committed–or at least one he commissioned since he hired the gunman and didn’t actually pull the trigger. He is doing this to protect Alexis except he has no idea what Alexis may soon find out.

General Hospital (GH) Spoilers: Anna and Peter Showdown – She Needs Something From Him, NOW

Since TJ is Shawn’s son and Molly (Haley Pullos) is Alexis’s daughter — and just starting her law career — they decided to help Alexis on her quest to save Shawn but they do it from the outside and what they might find will shock them.

Perhaps they turn to Curtis (Donnell Turner) because she was so close to Hayden and he is someone TJ and Molly can easily talk to. Curtis also knows Shawn is innocent because Shawn is the one who suggested Hayden bring Curtis to town and investigate who really shot her. So, there are a lot of people keeping one huge secret.

TJ is bound to resent his uncle and stepfather for keeping this big piece of news to him about his biological father, but he will get his father out of jail. How will Alexis then feel about her nephew’s actions about learning what he did way back in 2015? Stay tuned to General Hospital weekdays to see how this story plays out.