The Bold And The Beautiful (B&B) Spoilers: Paris Finds Out About Quinn And Carter 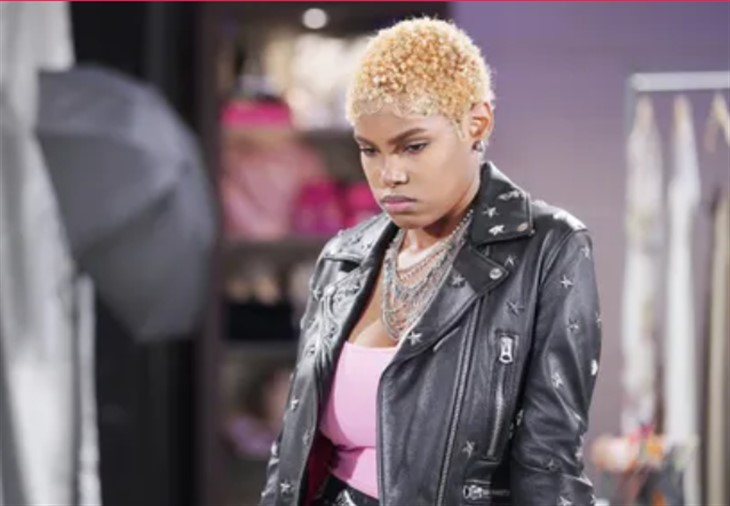 The Bold and the Beautiful (B&B) spoilers reveal Quinn and Carter trying to keep their affair a secret and moving on with their lives, but that’s much easier said than done.

One of the reasons it may be so hard to forget their brief affair is because Quinn (Rena Sofer) and Carter (Lawrence Saint-Victor) actually developed feelings for one another. They understood what the other was going through and really seemed to enjoy one another despite insisting they were still in love with other people.

That means when they see each other at work, it becomes harder and harder not to talk about it when they are alone together and that’s when Paris (Diamond White) overhears them talking and realized that Carter slept with Quinn and not Shauna (Denise Richards), essentially betraying her sister since Quinn was there to convince Carter to take Zoe (Kiara Barnes) back.

Well, he did take Zoe back, so all’s well that ends well, right. Not so much in Paris’ mind because thinks this news will hurt her sister. It will hurt her if it comes out and also if it’s kept a secret. Is this a lose-lose situation?

Paris and Zoe are close now and have put their differences aside. They want to be good sisters to each other and have one another’s backs. Paris feels if Zende (Delon De Metz) did something like that to her and Zoe found out then she’d tell her, but Paris still remains torn.

If she does tell Zoe, we can see Zoe losing her mind and raging all over town, ending things with Carter and then ruining Quinn and Eric’s (John McCook) marriage. Then, she will pick up and leave town herself. After all, Kiara Barnes is leaving the soap so there’s a good way to write her out while still leaving the door open for her return.

We can also see Paris first telling Zende so she has someone to confide in and ask advice from. Will Zende be the one who convinces Paris that the best thing she can do for everyone. Stay tuned to The Bold and the Beautiful weekdays to see how this story plays out.