General Hospital (GH) Spoilers: Cyrus Out Of Action – Who Will Run GH? 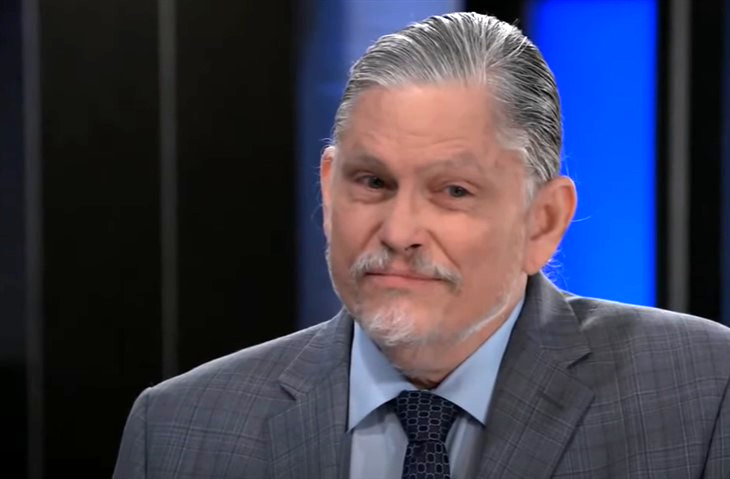 General Hospital (GH) spoilers and updates reveal Cyrus Renault (Jeff Kober) has been the Chairman of the Board of General Hospital. However, Cyrus may be about to have legal troubles because he framed Jason Morgan (Steve Burton) for killing Franco Baldwin (Roger Howarth). Gladys Corbin (Bonnie Burroughs) told the police that Jason killed Franco but she really saw Peter August ( Wes Ramsey). Cyrus got Peter to kidnap Gladys for him.

It has caused Cyrus to get into trouble with the law because Carly Corinthos (Laura Wright) was able to save Gladys, Brando Corbin (Johnny Wactor), Damian Spinelli (Bradford Anderson), and Nikolas Cassadine ( Marcus Coloma) with the help of Jason.

The position of Chief of Staff may need to be filled soon. The current Chief of Staff is Dr. Britt Westbourne ( Kelly Thiebaud). She was brought in to be the Chief of Staff by Cyrus. However, Britt turned on Cyrus and helped Jason and Carly to go after Cyrus. She did not have the respect of her colleagues at first but has been able to get their support. Britt may want to step down as Chief of Staff because she was diagnosed with Huntington’s disease. She may want to take care of her health.

General Hospital (GH) Spoilers: Will TJ And Molly Get The Goods On Nikolas?

General Hospital Spoilers -Chairman of the Board

Dr. Hamilton Finn (Michael Easton) has worked for years at General Hospital. He could be chosen for Chief of Staff. Currently, Finn is trying to save his son Harrison Chase (Josh Swickard) who was accidentally poisoned by Peter. Finn has been able to save a patient who was deathly ill when he saved Tracy Quartermaine ( Jane Elliot). Finn can save Chase and take on the role of Chief of Staff.

General Hospital Cyrus and Britt may need to step down for different reasons. Monica would be able to take over as Chairman of the Board. Would Monica take the position if it were offered to her? Finn and Portia are both skilled doctors who have the respect of their colleagues. Which one would be good as Chief of Staff? Tune into General Hospital to find out who might be the new Chairman of the Board and Chief of Staff.