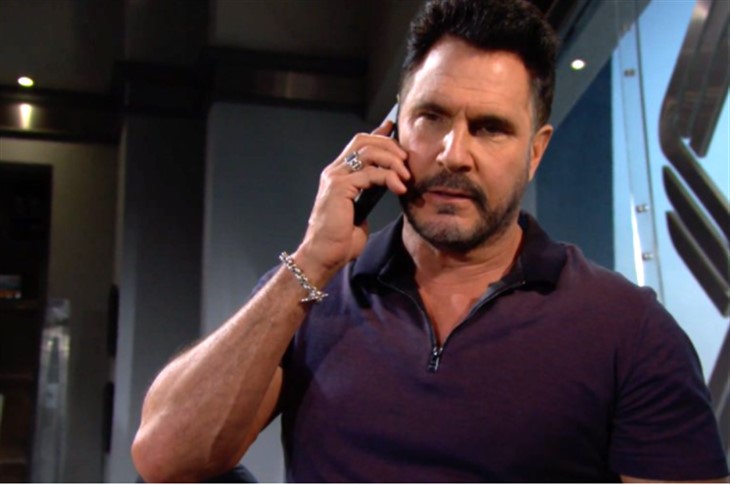 The Bold and the Beautiful (B&B) spoilers document that Bill Spencer (Don Diamont) was totally wrong to have covered up the accident that is believed to have been the only factor in Vincent Walker’s (Joe LoCicero) death. However, it can be argued that the advice he’s given to Liam Spencer (Scott Clifton) remains right ever since.

What is gained by Liam divulging what he did, while also claiming that he covered up what happened? Liam is making himself look as guilty as Bill projected the authorities would conclude.

Diamont’s legendary B&B character entangled himself with law enforcement on more than one occasion. So, it was natural for him to believe that his presence in the hit-and-run would cause Liam to be judged harshly.

However, Bill should have called Justin Barber (Aaron Spears) on the night in question. Justin’s name has been used in dialogue within the past few weeks, which offers some hope for Bill fans that he and Liam might be able to lessen their punishment. But escaping justice at this point in the plot is fanciful.

Liam was distraught because of what happened with Steffy Forrester (Jacqueline MacInnes Wood) at the cliff house. But that mistake involved broken vows and promises, versus the loss of life.

It made sense that Liam wanted to protect Hope Spencer (Annika Noelle). He was conflicted in wanting to come forward in both instances but knew that doing so would rip the Lope family apart. That was no easy decision to make in either case. He punted in the second instance due to the contrast between the situations.

All that viewers know is what Liam and Bill know. Vinny was walking across Mulholland Drive and was hit by Bill’s sports car that Liam was driving, while his dad was in the passenger’s seat.

The above should not be all that there is to this storyline. If so, then there’s no way that Liam and Bill can escape long-term, deserved jail sentences.

Some unknown factor, likely involving already known or unknown characters, logically put Vinny in that deadly position on Mulholland Drive. Otherwise, why was he there?