The Young And The Restless (Y&R) Spoilers: Melody Thomas Scott Raises A Warning About A Fake Social Media Account 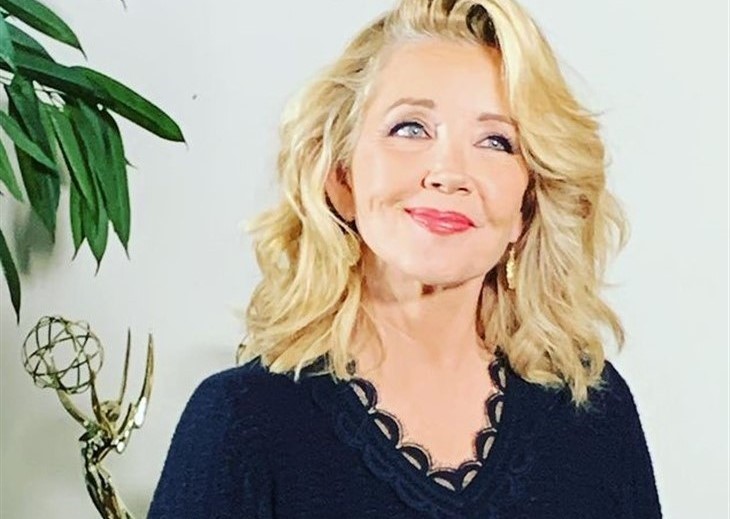 The Young and the Restless (Y&R) spoilers reveal that Melody Thomas Scott who plays Nikki Newman is telling fans to be aware of a scam taking place on social media. According to The Young and the Restless star someone is out there trying to pass themselves off as her. In response, the actress has posted a warning alerting her fans that a scam artist is doing business.

We will keep monitoring her social media and let you know how this fraud turns out. In the meantime, she has posted a message to the viewers.

“Hi all! If you are receiving DMs from this account, it is NOT from me,” Scott posted on Instagram. “Please report this account (smelodythomas). It is fake!” Remember fans, a blue checkmark on a person’s social media accounts is used to verify that the account is actually associated with the celeb.

Scott’s fans were quick to note her alarm and send their thoughts her way. One got funny by saying, “Get Victor [Eric Braeden] on it. He will sort it out,” while another said, “There can be only one Queen.” One helpful fan stated, “I just reported. People have way too much time on their hands to do ridiculous things like this.”

Right now Scott’s character Nikki Newman is in the thick of things in reel life. Will she triumph as she tries to handle all of the drama in her personal and professional lives?

Nikki has never been one to back down from a fight and she will no doubt have her hands full as the town is threatened by the presence of Ashland Locke (Richard Burgi). Unfortunately, Victor did him dirty by making him sign over his company while he was having a heart attack.
Ashland says he has forgiven the mogul, but how does one forget something like that, one’s life being held hostage over a business deal?

Nikki herself witnessed the gruesome episode and while she was the one who called the medics, will she be in the line of Ashland’s wrath in the coming weeks?

At the same time, she is watching her daughter get caught up with Ashland and he’s worse for her than even Billy Abbott (Jason Thompson)!