The Bold And The Beautiful (B&B) Spoilers: Where Steffy Goes Finn Follows – Sinn Returns To Drama 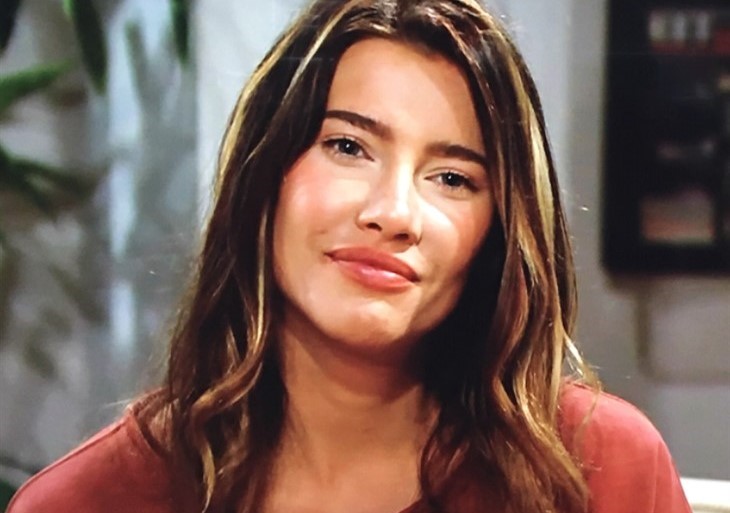 Of course, John Finnegan (Tanner Novlan) follows as well during the week of May 31. Yes, the upstate California vacation has ended, with Wood and Novlan being seen again on B&B.

The return of Sinn is terrific news for fans of this great soap. Wood ranks with the top actors of her daytime generation. Performances that have dropped various mics for the past year-plus give her a legitimate shot to take home the Daytime Emmy Award in the Outstanding Lead Actress in a Drama Series category next month.

The Bold And The Beautiful (B&B) Spoilers: Darin Brooks Teases Possible Chemistry Between Wyatt And Shauna

As for Finn, many hardcore fans were delighted to see the good doctor appear at the foot of Steffy’s hospital bed last summer. He became the new man in her life, the father of her baby, and fiance.

Novlan’s edition to the cast broke the Steam versus Lope cycle that played for a number of years in the 2010s. Sinn is the new mega couple on B&B.

Whether Novlan proves to be a long-term ensemble edition could be revealed in the coming months. If he caused Vincent Walker (Joe LoCicero) to walk onto Mulholland Drive or is doing Sheila Carter’s (Kimberlin Brown) bidding, then Finn is likely a short-term player.

B&B Spoilers – Sinn Is Great Together

Here’s hoping that Finn isn’t unmasked as some type of nut. That would leave a bitter taste in viewer’s mouths because of the buildup since this new character was written into the show last year.

Another strong wish is that Finn’s backstory doesn’t serve to drive a wedge between him and Steffy. Let this pairing stay together indefinitely.

Sure, there will be drama. But there’s no pressing reason to have this particular couple split or even face serious relationship strife. There is plenty of plot space for Sinn to explore.

The Bold And The Beautiful Comings And Goings: A Doc Is Back, A New Cop & A Fan Favorite Returnshttps://t.co/KWa3qQugcA

The Bold And The Beautiful Spoilers – Steffy Forrester Prepares For Baby

Sinn’s return will begin with a reveal of whether Steffy is having another son, as Aspen Forrester-Spencer (no actor cast for this role) was sadly miscarried, or another daughter. Then, viewers should expect the expectant parents to be drawn into other character’s conflicts as spring begins to yawn.