The Young And The Restless (Y&R) Spoilers: Ashland Planning A Parental Kidnapping? 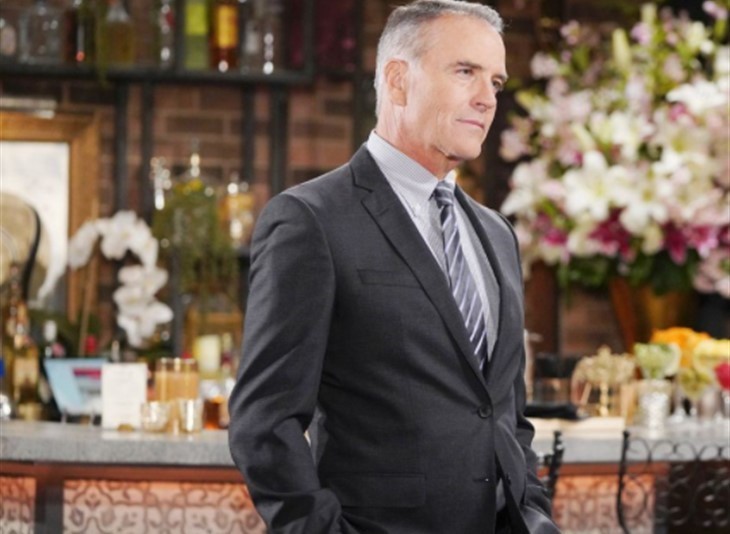 The Young and The Restless (Y&R) spoilers and rumors tease that Ashland Locke (Richard Burgi) might be planning a parental kidnapping in upcoming episodes of The CBS Soap.

Viewers of The Young and The Restless will recall that when Ashland saw the paternity test results himself, he seemed crestfallen! No one can deny that he loves the little boy he has always believed is his son! But that didn’t lessen his rage against his wife Tara Locke (Elizabeth Leiner) when she admitted to him that she had lied about the timeline of little Harrison Locke’s (Kellen Enriquez) conception.

The Young And The Restless (Y&R) Spoilers: Summer Makes A Surprise Announcement – Is She Pregnant?

Viewers of The Young and The Restless can imagine that Locke’s finding this out in the living room of the Abbott family with Kyle Abbott (Michael Mealor), who it turned out is Harrison’s father looking on didn’t help matters any, and only served to make the “Locke Ness Monster” even angrier. Later in the episode, Locke was seen by Jack Abbott (Peter Bergman) downing liquor over at Society, with Locke on the phone to an attorney wanting to know his rights and getting the ball rolling to get the process for an independent paternity test started, because he didn’t trust Tara or Kyle.

Jack came over to him and tried to peace make with him somewhat but Locke wasn’t having any of it, and wanted to get started on the business at hand! Even though Locke is obviously attached to the tot, no one would be surprised if he was just as ruthless in personal life as he is in business. Even Tara warned of it!

Y&R Spoilers – Would Ashland Locke Set Up A Kidnapping To Hurt Tara Locke?

Viewers of The Young and The Restless would hate to think that Locke could be so cruel as to have Harrison kidnapped to hurt Tara, but that type of ruthlessness does appear to be in his wheelhouse! But the little guy is in enough of a confusing situation with two daddies and now a grandpa, although Harrison seems to enjoy all the attention.

But he misses the only father he ever knew, and if he were to be suddenly yanked away from his mother, it could cause great emotional damage in a child of that age! Viewers of The Young and The Restless will recall from that episode that Jack kept steering the conversation between Kyle, Tara and Ashland to “what is best for the child!” Jack knows what could happen with a man like Locke, and he was already cautioning Tara not to let her baby out of her sight because Locke or a person he authorized to do so could snatch him up just like that and she’d never see him again!

For Ashland Locke, kidnapping Harrison to make Tara squirm would be a power play – and if his independent paternity test also shows Kyle the birth father, Locke’s rage would double where Kyle is concerned. Locke may not act in a manner as to where Harrison would realize what is really going on, he would likely call it a vacation although the little one would be asking for his mommy the same way that he has been asking her about his father. But the full force of Ashland’s ruthlessness will be displayed if he chooses to use the little boy as a pawn!