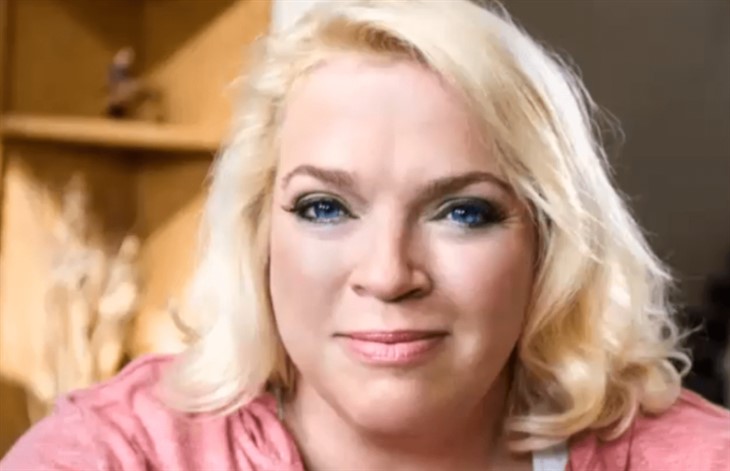 Sister Wives spoilers and updates tease the details for the next season of “Sister Wives” might still be kept under the rug, but it doesn’t stop the drama from happening. Kody’s second wife, Janelle Brown has sold her rental home just after a few days it went on the market, and viewers speculate something might have happened about the couple.

Reports from real estate sites and media revealed that the property was listed for $699K.

The rental house is spacious enough to hold five bedrooms and three bathrooms with an en suite in Janelle’s master bedroom. Not long enough, the 2,789 sq ft home was sold.

Is Janelle Brown escaping from the drama of polygamist marriage?

Sister Wives Spoilers: Is Kody Brown On The Lookout For A Fifth Wife

Fans can only speculate and theorize about what’s happening between the members of TLC’s “Sister Wives” now that the producers are keeping their mouths shut about the next season.

A scene on the latest season showed Janelle explaining to Kody why she wants him to stay away from her home. She explained it was because she has older kids that work outside of the home. However, as she continued, she got emotional: “I’m trying to be really brave, and really smart, and really logical, cause I don’t know what that’s like to not see you for that long.”

It was an episode when the COVID-19 pandemic hit the United States as everyone was confused and challenged by the outbreak.

“So I’ve been watching the news and they’re starting to talk about everybody staying home, but I have Garrison, who works with construction crews and stuff here in town. I’ve got Gabriel, who is being careful associating with his friends, but I can’t guarantee what that looks like yet,” Janelle told the cameras.

Before the pandemic hit, Kody was visiting Janelle and his other three wives — Christine, Meri, and Robyn — in their separate Flagstaff, Arizona, homes. But the onset of the pandemic presented a new challenge for the plural family, which was already struggling with a sense of separation.

The patriarch Kody was visiting his wives Janelle, Christine, Meri, and Robyn in separated homes in Arizona. But the pandemic halted Kody to pay a visit as Janelle already made up her mind to protect everyone around her and herself.

Sister Wives Spoilers – Did The Pandemic Cause The Distance Between Kody And Janelle?

Viewers are also waiting for an update for the family’s Coyote Pass property which they purchased for $820 in 2018. Until now, it isn’t revealed if Kody and his wives have decided to build one large home or if they choose four separate homes. However, as of writing the family still hasn’t acquired building permits for the land.

“I’m so discouraged about where I feel like we’re at with the property that there’s days I wish I could just sell it,” Kody told the “Sister Wives” producers in an episode this current season.

Be sure to catch up on everything happening with TLC right now. Come back here often for Sister Wives spoilers, news, and updates.