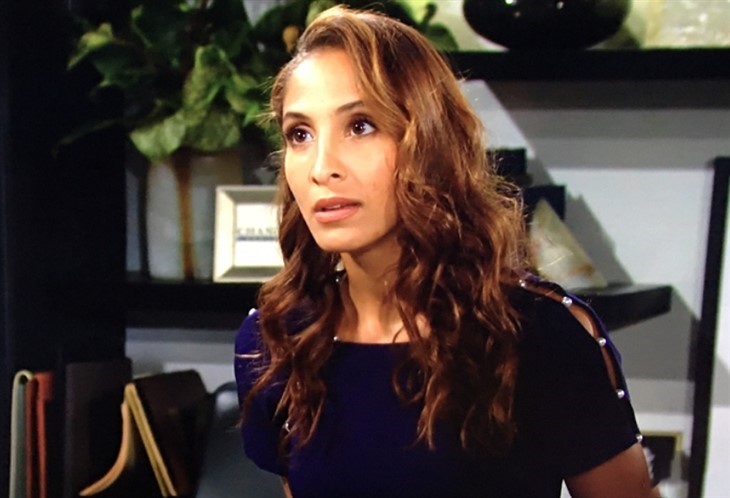 The Young And The Restless Spoilers – Jack Abbott Disagrees With Billy Abbott, What Are They Arguing About Now?

Longtime viewers of The Young and The Restless will remember that although Jack and Billy have never been sworn enemies as at times brothers Nick and Adam Newman (Joshua Morrow, Mark Grossman) have been at times, there have been plenty of times that they have not gotten along. Billy spent a lot of his life portraying the living example of misspent youth – and although he did grow up a little bit after marrying Victoria Newman (Amelia Heinle) and having children of his own, there are still times that Jack doesn’t agree with his decisions at all.

The Young And The Restless (Y&R) Spoilers: Melody Thomas Scott Raises A Warning About A Fake Social Media Account

Then there was the time, also as longtime viewers of The Young and The Restless will remember that they literally were rivals over the same woman – Phyllis Summers (Michelle Stafford). Billy had an affair with Phyllis while she was married to Jack, and that caused grief to Jack like a two-edged sword; betrayal by a brother and a wife at the same time! So, you could say that Jack and Billy have a “fraught” history with one another.

Jack was already a grown man of 27 when Billy was born in 1978 to his father, John Abbott (Jerry Douglas), and his much younger wife, Jill Abbott (Jess Walton). Jack couldn’t help but take over being the father figure role to Billy once John died, although not always successfully. Billy went through many years of listening to no one and doing as he darns well pleased! Most likely, Jack is not happy with Billy’s attack through ChancComm of Victor Newman (Eric Braeden) which he may consider being a smear campaign – Jack thinks of Summer Newman (Hunter King) as his own daughter – he was her stepfather for a short time and now she’s engaged to his son.

Another very good possibility is that Billy might start a fight – or at the very least an argument over something with his older brother. Longtime viewers of The Young and The Restless know that has happened before! Billy was not happy that Ashland Locke (Richard Burgi) sold Cyaxeres Media to Victor Newman instead of him, even though initially it had been also sold to Victoria Newman (Amelia Heinle) who claimed the only reason she was after it was to protect Billy! Viewers of The Young and The Restless will recall that Billy wanted to get back at Victor and that is why he was poised to expose Victor for taking advantage of Locke’s heart attack to get him to sign it over.

While Jack would normally agree that Victor had been playing dirty pool with Locke, that doesn’t mean he agrees with Billy’s writing an exposé about it. By doing so, Billy may bring more trouble for Jack, Jabot, and everyone concerned because of the sensitive situation of being in the middle between Kyle Abbott (Michael Mealor) and Tara Locke (Elizabeth Leiner) and Ashland over Kyle’s son with Tara, Harrison Locke (Kellen Enriquez).

Billy might start an argument over something the two men had previously discussed – and it could take place either at ChancComm or perhaps in Billy and Lily’s new home. Although an argument between Jack and Billy will not come to blows, Lily may find she has more than she bargained for in trying to make peace between the two!