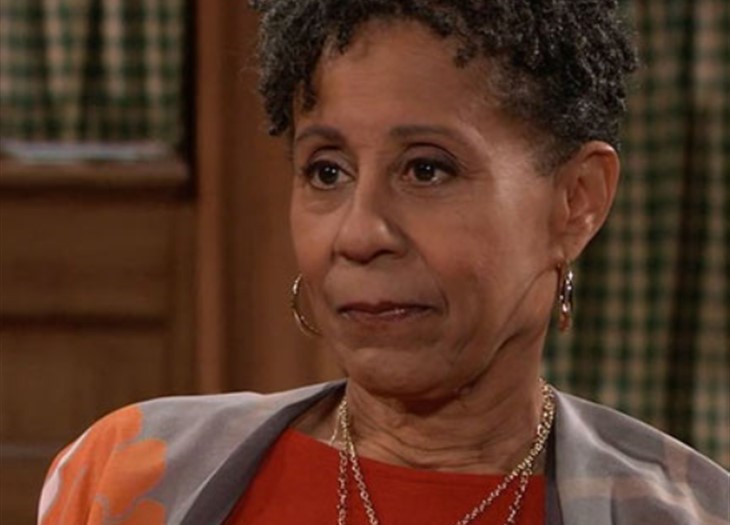 General Hospital (GH) spoilers and updates teaseStella Henry (Vernee Watson) has been away from Port Charles for a while. She came to see Mike Corbin (Max Gail) before he died. She helped Sonny Corinthos (Maurice Benard) and his family deal with the loss of Mike before she left town. Stella has returned to Port Charles to find that the dynamics in her family have changed.

Curtis Ashford (Donnell Turner) is Stella’s nephew. She and Curtis share a close relationship. She has wanted what is best for him. Stella did not know if she wanted Curtis to marry Jordan Ashford (Briana Nicole Henry). Curtis loved Jordan and did what he could to convince Stella that Jordan was the right woman for him. Recently Curtis and Jordan have had many different problems that have led them to begin the process of getting a divorce. The problem that Curtis has had with Jordan is the situation surrounding Marcus Taggert (Real Andrews).

Jordan and Taggert wanted to bring Cyrus Renault (Jeff Kober) to justice. Cyrus wanted to get back at Jordan and Taggert for putting him in jail with false evidence. Cyrus targeted Taggert’s daughter Trina Robinson (Sidney Makayla). He had Trina and Cameron Webber (William Lipton) kidnapped. Curtis and Taggert saved Trina and Cameron but Taggert was hurt. Later it appeared that Taggert had died from his injuries. However, Taggert had faked his death to keep Trina safe. Curtis felt guilty for Taggert’s death because Trina was in pain over losing Taggert.

Later Curtis found out that Jordan had known that Taggert was alive and did not tell him. Curtis felt betrayed by Jordan. Curtis has found that he does not want to be a part of finding out about the secrets that people keep. He has given up being a private detective and bought a nightclub. He has been spending time with Trina’s mother Portia Robinson (Brook Kerr). Curtis and Portia have been getting close. Stella will want Curtis to find happiness and the right woman to love. Stella and Jordan formed a friendship. Stella may believe that Curtis should give Jordan another chance. However, she may see that Curtis is finding something new and better with Portia.

Stella loves TJ Ashford (Tajh Bellow) like he was part of her family. TJ is Jordan’s son with Shawn Butler (Sean Blakemore). TJ has been spending time getting to know his father who is in Pentonville Penitentiary. Recently TJ and his long-time girlfriend Molly Lansing-Davis (Haley Pullos) have become domestic partners. Molly has graduated from law school. TJ is about to graduate and become a doctor.

Shawn wants to be able to attend TJ’s graduation and get parole from Pentonville. Shawn is getting help from Alexis Davis (Nancy Lee Grahn) who is in Pentonville serving time for accidentally attacking Dante Falconeri (Dominic Zamprogna). Stella will be concerned that TJ is spending time with Shawn. She will be happy that TJ and Molly have found a way to have a good future with each other.

General Hospital Stella will have to handle many different things with her family. Stella will want Curtis to make the right choice in regard to his relationship. Will she believe that Jordan or Portia is the right woman for Curtis? Stella will want TJ to have a bright future. Will Stella believe that TJ would be better off if he stays away from Shawn? Will she try to stop TJ from getting to know his father better? Tune into General Hospital to find out what Stella does when she returns to Port Charles.