The Young And The Restless (Y&R) Spoilers: Telma Hopkins Spills The Tea On Her GC Rendezvous 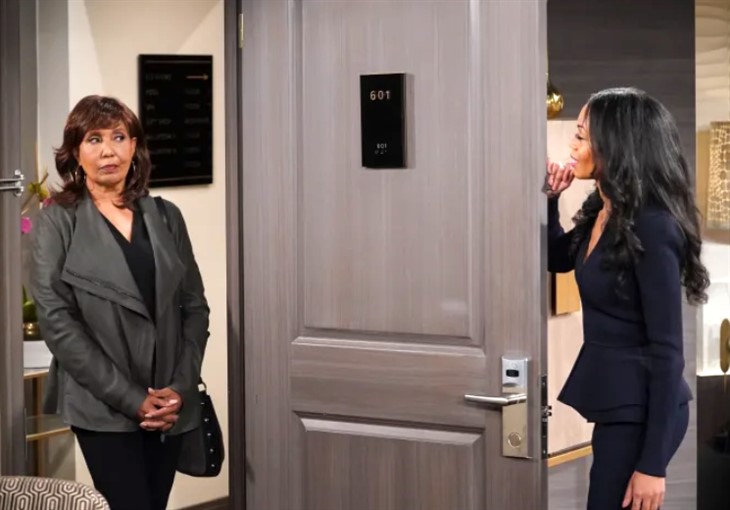 The Young and the Restless (Y&R) spoilers tease that a private eye named Denise Tolliver (Telma Hopkins) pops up this week in Genoa City, Wisconsin. She will interact with Amanda Sinclair (Mishael Morgan) and Bryton James (Devon Hamilton).

On a fun note, Hopkins played James’ mom Rachel Baines-Crawford on Family Matters, where James’ character was the youngster Richie.

The celeb recently talked to Soap Opera Digest about her stint on Y&R. Keep reading to discover what her exciting experience was like!

Like every other Y&R fan, Hopkins is a huge fan of soap legend Eric Braeden (Victor Newman). She recalled meeting up with the handsome hunk: “I was so excited. We got on the elevator at the same time and it took a while before I realized it was him because we’re masked up.”

“But when I realized it, I started babbling like an idiot [laughs]. He was so nice, but he was in a hurry, and I was trying to get in my, ‘I’ve been watching you forever!”

She was also ecstatic to meet some of her other faves including Michelle Stafford (Phyllis Newman), Christian LeBlanc (Michael Baldwin), and Sharon Case (Sharon Newman).

Hopkins is a television vet and when she got the call to guest on one of her fave soaps she was over the moon. According to her the show, “became one of my favorites just because the stories were so intriguing, and I knew people that worked there. I just got hooked! I mean, I remember when Peter Bergman (Jack Abbott) came on.”

The Young And The Restless (Y&R) Spoilers: The Dangerous Search For Chancehttps://t.co/aQGnpuP56i

Hopkins said that she immediately hugged James and his presence helped her to adjust to the new surroundings: “I was surprised at how quickly it went and relieved that it went so well and that kind of took that real anxiety out of it for me, so I wasn’t quite as nervous the second show.”

“But I told them, ‘Don’t get carried away (with the amount of dialogue for Denise), because I will come up missing.’ I don’t know how they do all that dialogue! I have great, great admiration for those actors because they do some serious work.”