Days Of Our Lives (DOOL) Spoilers: Lucas Wants To Try To Give His And Sami’s Relationship Another Shot 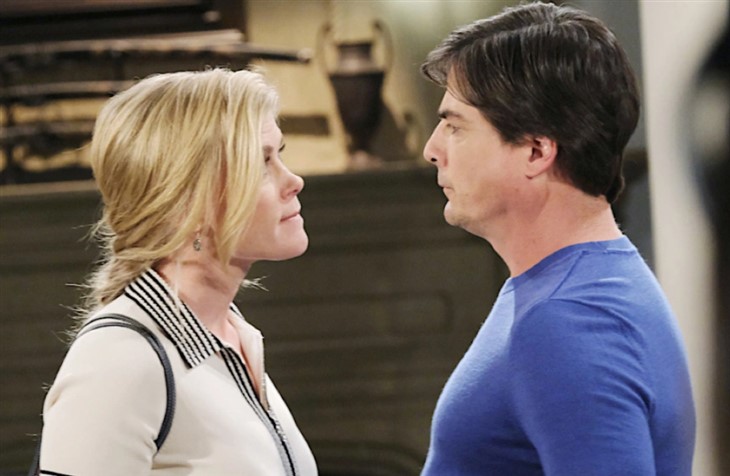 Days of Our Lives Spoilers tease that Lucas Horton (Bryan Datillo) will want to give his and Sami DiMera’s (Alison Sweeney) relationship another shot after many years, in an upcoming episode of Days of Our Lives!

Days of Our Lives viewers will recall that Lucas doesn’t give a hang about EJ DiMera (Dan Feurreriegel) or what he thinks and he is not afraid of him. All he knows is that his first wife Sami and he have seemed to have fallen back in love after many years, and Sami has not been happy with EJ. Lucas knows that Sami would have not been so vulnerable to him and his overtures, even though neither he nor Sami meant to give in to their passions at least twice by now if Sami was not neglected by EJ. For Lucas, it has been like a trip back in time to when he and Sami were teenagers – and in love for the first time, and admittedly, even for Sami, it is obvious that their long ago bond is still there.

Sami has become weary of EJ’s domineering attitudes even though it has taken years for him to recover from – well, literally having been dead! Longtime Days of Our Lives viewers will remember that he was one of those that Dr. Wilhelm Rolf (William Utay) used his “resurrection serum” on in the Nashville warehouse, where Sami had gone to rescue him, and where her twin brother Eric Brady’s (Greg Vaughan) now wife, Nicole Brady (Arianne Zucker) had been presumed dead in an explosion. Lucas has been unlucky in love many times in between times reconciled with Sami and now he wants to give it another shot!

DOOL Spoilers – But, Sami DiMera Insists, She Is Still Married

Days of Our Lives viewers will recall that Sami and Lucas have fallen into a passion for each other at least twice and now have been continuing their affair, even as EJ shows up unexpectedly in Salem and is knocking on the door! Sami is a bit afraid of him, and besides, her youngest daughter Sydney DiMera (Berlyn and Brooklyn Baca) is still back in Italy, although her son Johnny DiMera (Carson Boatman) appears to have shown up with his dad.

EJ is in town for a while, intending to get not only his wife back but his father’s company, since none of the remaining DiMera brothers approve of Jake DiMera (Brandon Barash) running DiMera Enterprises! Sami feels guilty for cheating on EJ and yet she and Lucas have been going at it nearly every time they can get a chance at being together alone! Nicole had picked up on Lucas and Sami’s fling and had something to say about it, but Sami knew that she cheated on Eric with Xander Kiriakis (Paul Telfer) so they came to somewhat of a stalemate! It was exactly like pot meet kettle and kettle meet pot!

An affair is one thing, but now Lucas wants to get back together for good and thinks Sami should give EJ the boot because he’s realized that you never get over your first love, and she seems to be realizing it as well! But will Sami have the courage to divorce EJ so she and Lucas can be together again forever? Time will tell!