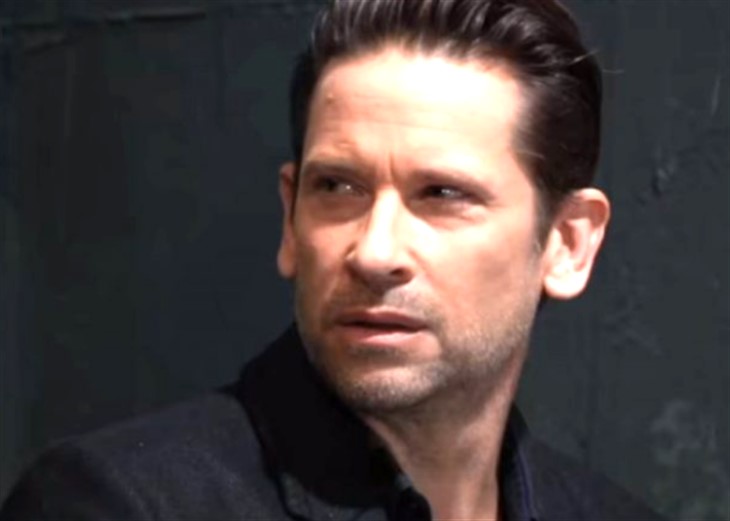 General Hospital (GH) spoilers reveal that fans are ecstatic that Roger Howarth is back onscreen on the ABC soap. He debuted as his previous character Franco Baldwin in 2012. Franco met a bloody end and many fans were not unhappy about it. They were however unhappy to lose Roger which turned out to be not true.

Last week the handsome and talented star was presented to fans as Austin and he was immediately embraced as the mysterious doctor who helped Maxie Jones (Kirsten Storms) deliver her baby.

He recently talked to Soap Opera Digest about his new role and we have all the deets for you. keep reading to discover why Roger was both terrified and grateful to debut as Austin!

General Hospital (GH) Spoilers: Cyrus Out Of Action – Who Will Run GH?

According to Roger, he was “100% percent” excited coming back as the new doc. Even though he had stared on the show for years, he acknowledged feeling “nervous energy … that guy showed up,” he laughed about his opening day jitters.

So, who is Austin? Roger spilled that, “Even five or six weeks into taping episodes as Austin there are still things that I’m trying to figure out.”

GH Spoilers – Roger Howarth Is Back As Austin

But he added that he definitely likes Austin and he hopes the audience does, too. So far so good on that count.

Fan reaction to Austin has been positive and what’s not to like? He hit all of the right soapy notes in his debut: shirtless, White Knight, gorgeous!

According to Roger, executive producer Frank Valentini has let him know what he needs from him and, “I am trying to juggle a lot of different inputs and trying to stay on track and do what’s expected.”

He says it has been fun and he’s using a different part of his brain to play Austin, who so far appears to be the polar opposite of redeemed killer bad boy Franco.

To that end, fans are seeing a different appearance, with Howarth’s hair different than we last saw. He does note that having Liz Webber (Rebecca Herbst) and Hamilton Finn (Michael Easton) not recognize his face is a “big ask.”

So while Roger didn’t give away too many details about his new character, maybe we can read between the lines. It sounds as if he is playing a good guy, with no ties to Franco.

Fun Fact: While Howarth was off the air he joined Cameo and donated all the proceeds to Feeding America.