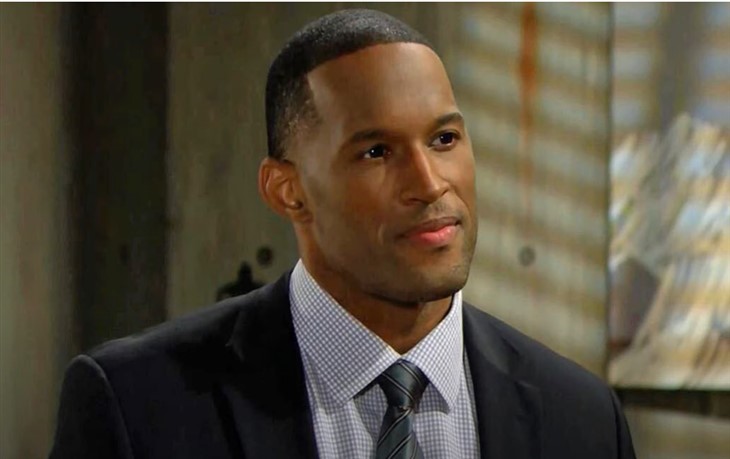 The Bold and the Beautiful (B&B) spoilers reveal that Carter Walton (Lawrence Saint-Victor) proposes marriage to Zoe Buckingham (Kiara Barnes). It will be their second engagement, but love has nothing to do with it. Not only will they plan to get married, but Carter might insist on a quickie summer wedding. Will the big event blow up when the truth about “Quarter” comes out?

The Bold And The Beautiful Spoilers – Carter Walton Tries Moving On

B&B spoilers reveal that when “Quarter” was almost caught, extreme measures were taken to protect Quinn Forrester’s (Rena Sofer) fling. For now, everyone believes that Carter and Shauna Fulton (Denise Richards) had a one-night stand. Meanwhile, Eric Forrester (John McCook) recommitted to Quinn. As for Carter, he is trying to move forward with Zoe.

Carter and Zoe just got back together, but things will move just as fast as they did during the initial courtship. Carter proposes for the second time. Instead of hesitation, Zoe will jump at the chance to become Carter’s wife. She will excitedly plan her upcoming wedding and for the moment, Shauna goes to the back of her mind.

Fans know that there is no way that Carter is already convinced that Zoe would make the ideal wife. He’s probably still not over her shameless flirting and attempting to seduce Zende Forrester (Delon de Metz). However, he is consumed with guilt about his fling with Quinn. He also might fear losing his job at Forrester Creations if Eric ever found out. “Quarter” being exposed could also affect Carter and Ridge Forrester’s (Thorsten Kaye) friendship. So, he stands to lose quite a bit. The more that Zoe keeps talking and asking questions about Shauna, the more desperate Carter becomes.

The Bold And The Beautiful Spoilers – Quickie Summer Wedding Planned?

The Bold and the Beautiful spoilers reveal that Barnes is leaving the CBS soap in early July. There is no word on if Zoe will make a big exit or if the character will be played by a different actress. If Zoe ends up leaving Forrester Creations and L.A., then that means she doesn’t end up marrying Carter. It would be more explosive for the truth to come out during the wedding. If that happens, then it must mean that the couple plans on having a quickie summer wedding.

Paris Buckingham (Diamond White) finds out the truth about Carter and Quinn. While she might not want to ruin her sister’s happiness of being re-engaged, she also wonders if she should tell Zoe. After all, how would Paris feel if the roles were reversed? Plus, there is something so easy about keeping secrets in normal daily life. But when a wedding officiant declares “speak now or forever hold your peace,” Paris might feel compelled to expose “Quarter.” How will Zoe react to the news, what will Carter and Quinn say to defend themselves, and could this ruin Paris’ relationship with her sister?