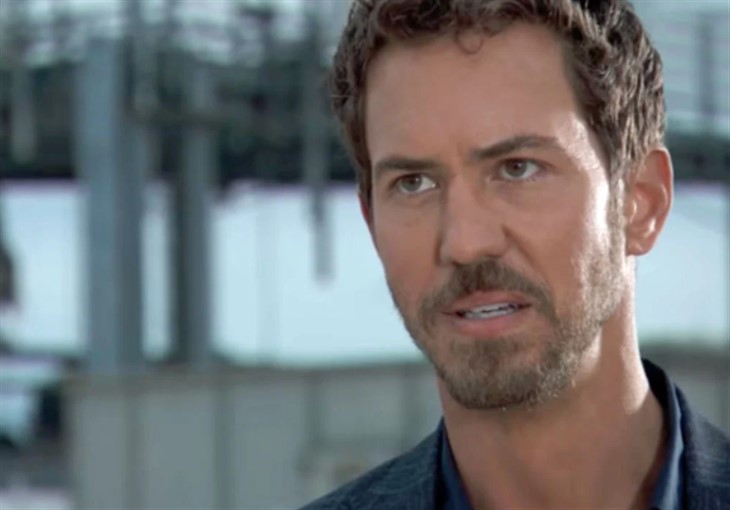 General Hospital (GH) spoilers and updates reveal Alex Devane Marick (Finola Hughes) is a cunning woman. She has been able to take the place of her twin sister Anna Devane (Finola Hughes) before at different times. Alex came to Port Charles to connect with her son Peter August (Wes Ramsey) that she left when he was a baby. Alex almost killed Anna and Valentin Cassadine (James Patrick Stuart). Then she kidnapped Maxie Jones (Kirsten Storms) who was pregnant with her and Peter’s daughter Louise (Teddy and Capri). Alex took Maxie to Haunted Star which is both a nightclub and a boat.

Anna was able to rescue Maxie but ended up having to shoot Alex. Anna believes that Alex died because of her injury and the fact that she fell into the water. However, Alex could have survived and decided to get revenge on Anna and Valentin. Alex may have come to get Peter and take him with her. Peter believed that Anna was his mother and may not have gone with Alex willingly. Peter would have been upset that Alex put Maxie and Louise at risk by kidnapping them. Alex may have wanted to keep Peter safe but wanted him to be the one to get her revenge on Anna and Valentin.

She could have had someone made to look like Peter and had Peter’s memories mapped in his mind. Alex had helped Dr. Arthur Cabot (Time Winters) when he implanted the false memory into Anna’s mind that she had been with Cesar Faison (Anders Hove) so that Anna would believe that she was Peter’s mother.

Alex had the false memories mapped into Anna because she wanted Anna to find Peter. She did not want him to be raised by Faison. However, Anna did not go to get Peter. Alex resented the fact that Anna did not save Peter from Faison. Alex resented the fact Anna and Peter had been able to form a mother and son relationship. Alex has been jealous of Anna for different reasons. The most important reason that Alex was jealous of Anna was that she wanted Valentin. Alex has wanted to be the one that Valentin cared for. However, Valentin did not care about Alex because he loved Anna.

Alex has tried to get Valentin to love her at different times. Valentin has rejected Alex every time she tried to get him to care about her. Alex has resented Valentin for his rejections and because of what he did with Peter. Valentin believed that Anna had wronged him and he wanted to hurt her. Valentin believed that Anna was pregnant and went to get her son after he was born. Valentin took Peter from the loving family he thought that Anna put him with and gave him to Faison. Valentin regretted what he had done to Peter and became his friend and mentor.

General Hospital Alex has set her plan to get revenge on Anna and Valentin into motion by using Peter. The bonds between Peter, Anna, and Valentin have been broken because Peter has been wanted for a number of crimes. Two of them are fatally shooting Franco Baldwin (Roger Howarth) and accidentally poisoning Harrison Chase (Josh Swickard). Peter had an altercation with Chase’s father Dr. Hamilton Finn (Michael Easton) which led Peter to fall down a flight of stairs.