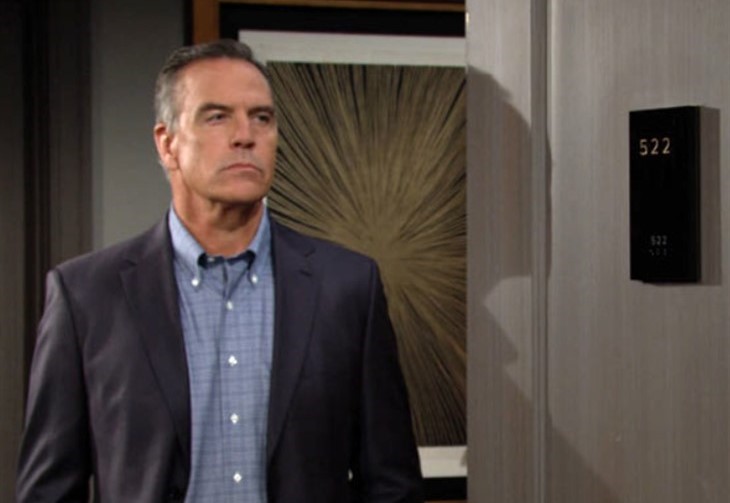 The Young and the Restless (Y&R) spoilers reveal Ashland Locke taking more of an interest in Victoria than ever and Victoria eating up all the attention.

The Young And The Restless Spoilers – A New Romance For Victoria Newman?

Nikki (Melody Thomas Scott) was intrigued last week when she and Victoria (Amelia Heinle) were having a bite to eat at Crimson Lights when Ashland Locke walked in and seemed quite comfortable talking to Victoria. He even mentioned the fact that he would see her later and Nikki had to question what her daughter was up to. She said they were just friends, but had a twinkle in her eye as she sipped her drink that told us she wants more — a lot more.

Well, she may be about to get her to wish after pining after Billy (Jason Thompson) forever. Ashland has an invitation for her she won’t be able to refuse.

When Ashland has to return to New York for business, he asks Victoria to come along. He receives a phone call that seems urgent but refuses to tell Vicky exactly what it’s about. He’s with Victoria and doesn’t want to end their time together so he asks her to join him in New York cause he has to leave within the hour.

Victoria had enough trouble tearing herself away from Genoa City for a spa weekend with her mother a few weeks ago claiming her children needed her, but she really wants to jump on this one. However, the cautious side of her that doesn’t sleep with strange men in roadside bars or Las Vegas can’t seem to do it.

The Young And The Restless (Y&R) Spoilers: Victor Locks Chelsea Up, Throws Away The Key https://t.co/HPXadUADva pic.twitter.com/0BDJ8tPK2K

And she has to tell Ashland the truth. She is afraid to be with him because of the reputation that precedes him. After all, Kyle (Michael Mealor) has been describing him as the big bad of Genoa City and The Hamptons for months and maybe he is right. Yes, Victoria is drawn to Ashland but she’s been drawn to the wrong men before (many times) so she doesn’t trust herself. However, that doesn’t mean she won’t get to know him a little better when they are closer to home. Would Victor (Eric Braeden) and Nikki approve — and does it even matter. Stay tuned to The Young and the Restless weekdays to find out.