Days Of Our Lives (DOOL) Spoilers: Belle Puts Jan To The Test, Wants To Be Sure She’s Not Faking A Coma Again 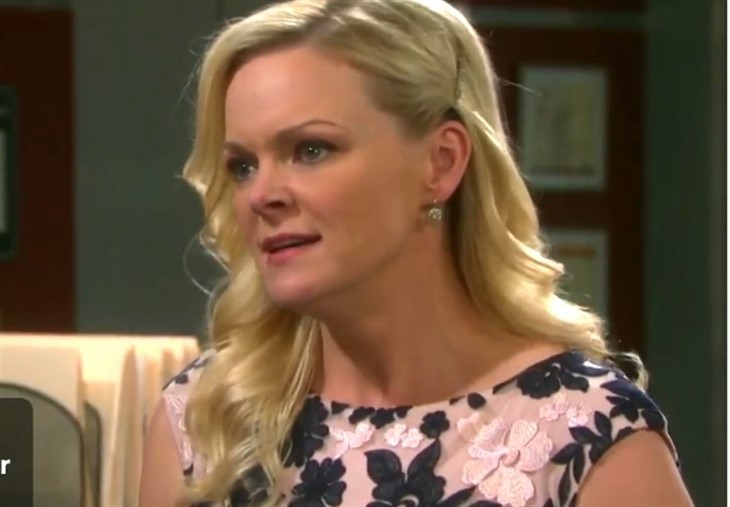 Days of Our Lives (DOOL) spoilers tease that Belle Brady (Martha Madison) will put Jan Spears (Heather Lindell) to the test in an upcoming episode of Days of Our Lives. She wants to be sure that Jan’s not faking her coma again and that she’s really out cold!

Days of Our Lives viewers will recall that Philip Kiriakis (Jay Kenneth Johnson) choked Jan unconscious in the process of saving Chloe Lane’s (Nadia Bjorlin) life. Now, with Chloe free, and Claire Brady (Isabel Durant) free thanks to Ben Weston (Robert Scott Wilson) Belle is back out of Statesville. Chloe and Claire were both able to testify that Jan confessed to the murder of Charlie Dale (Mike C. Manning) and had done so to frame Belle for the murder! But with Jan unconscious and supposedly in another coma, Belle needs to make sure that she’s not faking again.

After all, faking a coma is an excellent way to avoid murder charges and incarceration. It doesn’t appear that Statesville Prison has either a psych ward or a hospital wing, which is quite unfortunate. If it did, Jan could have been transported there and not to Salem University Hospital. Even in Bayview Hospital, the mental hospital, Jan had been able to fake her way out into society, with the help of Sami DiMera (Alison Sweeney).

Belle still rues the day that her own sister let the monster loose just so she could try to fight her daughter Allie Horton (Lindsay Arnold) for custody of her baby. Days of Our Lives viewers will recall that Nicole Walker Brady (Arianne Zucker) had offered to take Allie’s baby after he was born and Sami had Jan attest to an old, old, charge of attempted murder on Nicole’s part. That was when she tried to electrocute Victor Kiriakis (John Aniston) in his bathtub!

Days of Our Lives viewers know that apparently, Dr. Clay Snyder (Michael Lowry) doesn’t really keep such a good eye on patients. He’s too busy blackmailing certain ones of them! After all, he is the doctor who failed to notice that Jan had been lurking around under his nose and had even broken into Dr. Marlena Evans’ (Deidre Hall) desk! Snyder is also getting ready to get himself put under probation by Dr. Kayla Johnson (Mary Beth Evans)! Snyder has had many complaints lodged against him including by Tripp Johnson (Lucas Adams) who overheard something he wasn’t meant to and told Kayla.

Kayla knows that Jan has proven to be a slippery one, and she agrees with Belle that not only does she need to have her brain activity monitored constantly so she cannot fake her coma, but have an armed guard! Belle says Shawn Brady (Brandon Beemer) can set up the armed guard!

After all, Jan is technically in police custody even though she is in a hospital room instead of a jail cell. Belle has already talked to her mother, Marlena who agrees that Jan should not be allowed to fake insanity either although her behavior has not exactly been normal. But while she’s there at the hospital, Belle also decides to do her own test on Jan to see whether she is really in a coma or just pretending. Jan is handcuffed to the hospital bed rails already so there should be no danger. Belle decides to give Jan a good hard pinch to see if she blinks or flinches. That should work!