The Bold And The Beautiful (B&B) Spoilers: Can Carter keep His Secret From Zoe And Eric? 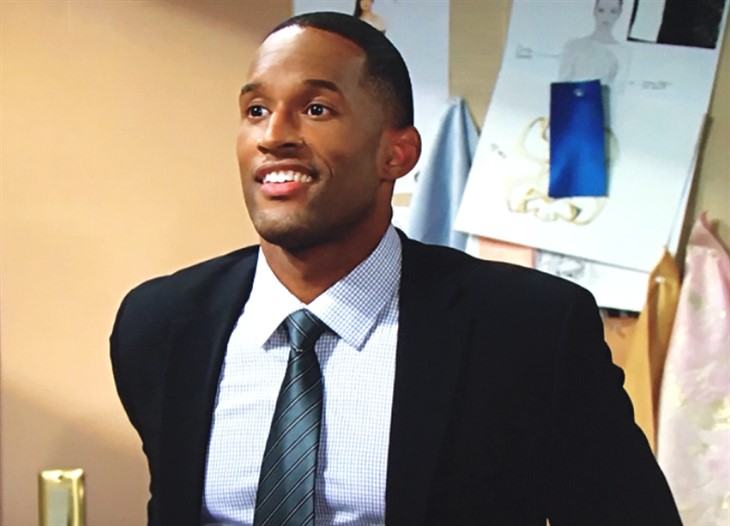 The Bold and the Beautiful (B&B spoilers and updates tease Carter Walton (Lawrence Saint-Victor) has a secret that he is trying to keep. Carter had a one-night stand with Quinn Forrester (Rena Sofer). Carter had been having trouble with his relationship with Zoe Buckingham (Kiara Barnes). Carter has been upset with Zoe because she had shown interest in Zende Forrester Dominguez (Delon de Metz). Carter had been upset that Zoe had not been faithful to him. Zoe wanted to get Carter back. She turned to Quinn to get her help. Quinn was having trouble with her marriage to Eric Forrester (John McCook).

Quinn and Eric had a falling out because Quinn nearly destroyed Eric’s son Ridge Forrester’s (Thorsten Kaye) marriage to Brooke Logan Forrester (Katherine Kelly Lang). Quinn had believed that her friend Shauna Fulton (Denise Richards) would be a better match for Ridge. Ridge and Brooke were able to stay together but Eric was upset that Quinn would sabotage Ridge and Brooke’s marriage.

Quinn and Carter found comfort with each other as friends at first then ended up having a one-night stand. Carter and Quinn have felt guilty about betraying Zoe and Eric and want to keep the one-night stand a secret. However, Quinn told Shauna the truth about her and Carter. Shauna wanted to help Quinn and Carter keep their secret. Zoe found out that Carter had been with another woman and wanted to find out who she was. Shauna was able to make Zoe believe that she had been with Carter instead of Quinn. Carter and Quinn were grateful to Shauna for protecting their secret.

Carter and Eric are close. Eric has been like a father figure to Carter. Carter works as the Chief Operating Officer at Forrester Creations which is Eric’s family business. Eric has respected Carter as a hard worker for the company. Eric views Carter to be like a son to him. Carter will not want to lose the respect and love that he has from Eric. Carter does not want Eric to find out that he had a one-night stand with his wife Quinn even though Quinn and Eric were having trouble with their marriage.

The Bold And The Beautiful (B&B) Spoilers: Hope Is A Victim Again – Brooke Proven Wrong About Liamhttps://t.co/sTp4oTWMsP

The Bold and the Beautiful Carter wants to find a way to keep his secret from Zoe and Eric. Carter was grateful that Shauna helped him and Quinn to keep Zoe and everyone else from finding out about the one-night stand. Carter believes that he needs to put the one-night stand in the past. Quinn wants to do the same because she wants to make her marriage to Eric work again. However, Carter and Quinn have found that they have a strong connection.

Can Carter and Quinn stay away from each other? Will Carter stay true to Zoe so that they can have a good future together? Can Carter keep the respect that he has from Eric? Will Carter be able to keep Eric from finding out about his and Quinn’s one-night stand? Tune in to Bold and the Beautiful to find out if Carter will be able to keep Zoe and Eric from finding out about his secret one-night stand with Quinn.