The Young And The Restless (Y&R) Spoilers: Nikki Newman Issues A Warning To Adam Newman 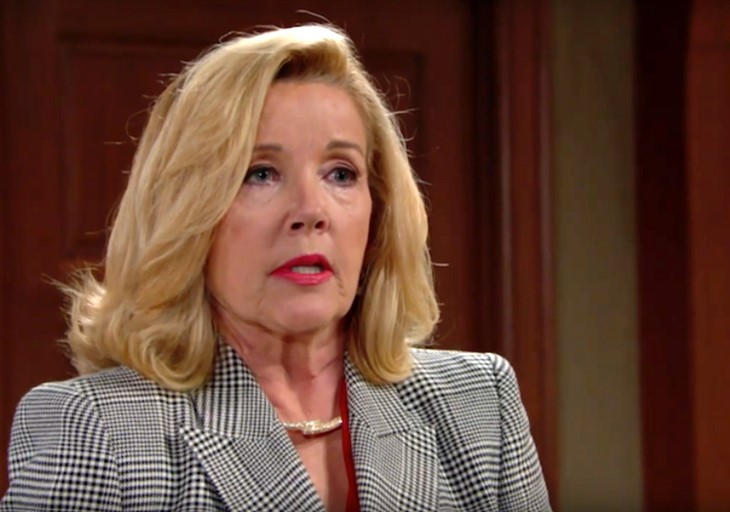 Viewers of The Young and The Restless will remember that Nikki spoke to Victor Newman (Eric Braeden) in a previous episode of The Young and The Restless about his new company, Newman Media which he was running with Adam Newman. Nikki didn’t like that he had decided to call the new company, which previously had been called Cyaxeres Media after Victor forced Ashland Locke (Richard Burgi) to not renege on his contract the same name as ChancComm had before Victoria Newman (Amelia Heinle) had sold it!

Nikki took it as an aside to Victoria, but Victor reminded her that Victoria was the one who had sold off that division. She also had questioned Victor not seem to have any interest in the company he founded, Newman Enterprises any more in favor of the new company he is running with Adam. Victor told her Victoria had made it clear she didn’t want him advising her and she, as the CEO of Newman Enterprises knows what she is doing. Nikki agreed with that statement wholeheartedly, telling Victor “Exactly”.

However, Nikki is not completely sold on the idea that Adam is on the up and up, and definitely not believing that Adam is a changed man, in spite of Nicholas Newman’s (Joshua Morrow) seeming acceptance of him. In an upcoming episode of The Young and The Restless, Nikki determines that if no one else is keeping an eye on Adam and making sure he toes the line that she will!

Y&R Spoilers – Nikki Newman Notices Something She Doesn’t Like

This may have something to do with Victor and Adam’s difference of opinion in their battle with Billy Abbott (Jason Thompson) who has written another accusatory article, which Lily Winters (Christel Khalil) had signed off on, exposing Victor for taking advantage of Ashland Locke’s heart attack to get him to sign Cyaxeres to Victor, who had the deal cinched before Locke found out about Adam’s being accused of poisoning Rey Rosales (Jordi Vilasuso) with thallium, which charges have since been dropped.

Victoria had secured Cyaxeres prior to Victor’s actions. Longtime viewers of The Young and The Restless will recall that Billy and Adam have been enemies for years, with Billy having blamed Adam for the death of his young daughter Delia Abbott (Sophie Pollono) and then trying to kill Adam later.

Adam survived the crash of the car down the mountain although he had amnesia, and Victor had found him in Las Vegas and brought him back. No matter how bad some of Billy’s past actions were, however, he is still the father of some of Nikki’s grandchildren – as is Adam! Nikki may overhear Adam either plotting against Victoria or Billy, or she’ll think that is what she heard and she’ll “fire a warning shot” and make clear that Adam needs to stay clear!