The Bold And The Beautiful (B&B) Spoilers: Hope Begs Justin For Help, Can He Free Liam From Jail? 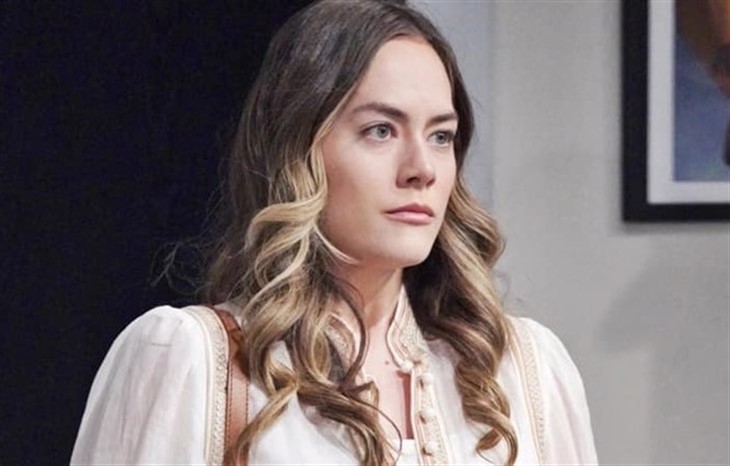 The Bold and the Beautiful (B&B) spoilers reveal that Liam Spencer (Scott Clifton) needs an attorney. Hope Logan Spencer (Annika Noelle) will track down Justin Barber (Aaron D. Spears) and beg for his help. Will Justin be able to help release Liam from jail or could the accused be denied bail?

The Bold And The Beautiful Spoilers – Father And Son Both Arrested

B&B spoilers reveal that Liam was arrested after confessing to Deputy Chief Bradley Baker (Dan Martin). The detective knows that Liam isn’t telling him the whole truth. There are a lot of holes in his story and he can’t answer simple questions about what happened after the hit-and-run. Liam doesn’t know where the car is, but Bill told Wyatt Spencer (Darin Brooks) he sold it. Liam doesn’t have any idea where Vincent “Vinny” Walker’s (Joe LoCicero) wallet, keys, and cell phone went. However, fans saw Bill throw them off a bridge into the water.

When Bill tries to do damage control, he demands that Liam be released. However, he doesn’t get his way. In fact, Baker arrests Bill, which means both father and son are in jail together.

With Liam officially charged with Vinny’s murder, Hope knows that her husband needs a lawyer. She will reach out to Justin and tell him what is going on. She begs for him to get Liam released, but Justin can’t guarantee anything. He will try to get Liam and Bill both out on bail, but that’s really a decision for the judge, which might not happen for a few days.

The Bold and the Beautiful spoilers reveal that as for the actual trial, it’s unclear if Justin will defend Liam and Bill. Defendants put their entire lives and futures on the line, so they have trust that they have the most capable attorney representing them. It’s not clear if Justin will want to handle a murder case. He can practice law in any field, but criminal law is not his specialty. With the freedom of two men on the line, Justin might suggest someone who specializes in criminal cases to give the Spencer men the best chance.

B&B Spoilers – Will Bail Be Denied?

As for the bail, it’s granted in most cases. However, Baker is annoyed with both Liam and Bill. He’s trying to solve a man’s murder and doesn’t appreciate being only getting a half-confession. He has a huge load of other criminal cases that need his attention. Plus, Liam and Bill covered up the crime. Liam didn’t confess for quite some time and initially lied to the police. As for Bill, he didn’t plan on confessing to anything until Liam was arrested. So, they both might be considered flight risks, which could compel the judge to deny bail.

What do you think is going to happen to Liam and Bill? How will Justin handle the Spencers’ latest mess? Is this the end for the father and son, or is there a plot twist that will keep them out of prison?