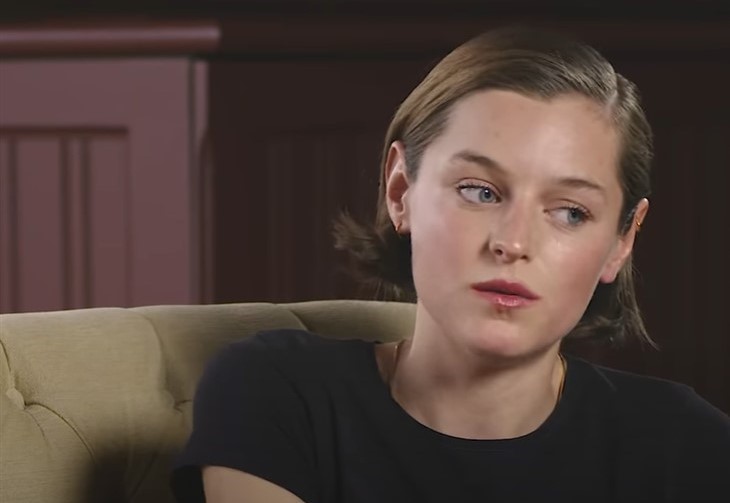 The Crown spoilers and updates reveals we know that for stars, critics dissecting their works and offering their opinions on it can take a toll on them, but for Emma Corrin, the critics aren’t her worst fears. Her problem is trying not to think of how others receive her performance, specifically Prince Harry and his wife Meghan Markle.

Ever since the royals admitted to watching some of The Crown’s episodes, the 25-year-old actress has spiraled into a world of anxiety, but she calms herself down by remembering that the series creator Peter Morgan isn’t creating a documentary.

Emma Corrin recently spoke to TheWrap in an interview published on Tuesday, June 1 about her role as Princess Diana on the Netflix series and how she received the news that Prince Harry and Meghan Markle have watched some of its episodes.

“Personally, I try not to engage with it because I feel like it’s a slippery slope and if I start worrying about who’s seen it and what they think, it becomes stressful,” she shared.

“It’s its own thing,” she added, saying that she finds comfort in knowing that the movie is not a documentary. “But in a way, I suppose it can never be completely detached from the reality that it touches and that it’s influenced by.”

Her performance as the Princess of Wales snatched her a Golden Globe Award, and despite all the “rave reviews” she’s received as a result of her portrayal of the character, The My Policeman actress still finds it strange to receive that amount of praise.

“If people really respond to something that you’ve worked really hard on, it is always the most wonderful feeling — because when I’m becoming a character, and especially with The Crown, I become so fond of the person that I brought to life, my version of her,” the actress told the media outlet. “And it meant so much, all the wonderful comments that I got.”

Royal Family News: How To Sign Petition Calling For Prince Harry To Give Up His Royal Titles https://t.co/3boSvUiL3P pic.twitter.com/AEofltCq6I

Prince Harry’s Thoughts On The Crown

The first season of The Crown premiered in November 2016, with Claire Foy originally starring as Queen Elizabeth II. More than four years later, the Duchess of Sussex, 39, revealed during her and Harry’s tell-all interview with Oprah Winfrey that she has actually “watched some” of the drama that’s inspired by the British royal family.

Harry, 36, revealed his take on the series’ accuracy during a candid discussion on The Late Late Show with James Corden in February.

“They don’t pretend to be news. It’s fiction … but it’s loosely based on the truth,” the Duke of Sussex said. “It gives you a rough idea about what that lifestyle, what the pressures of putting duty and service above family and everything else, what can come from that. I’m way more comfortable with The Crown than I am seeing the stories written about my family, or my wife, or myself.”

He also went ahead and suggested to the actor that he wished to play him if the movie ever made it into modern times. The actor he suggested, Damian Lewis, is known for such roles as Band of Brothers, Homeland, and Billions.

One of the major setbacks to the fans seeing Damian Lewis step into the role of adult Prince Harry is that the show’s creators don’t believe that the series will make it that far into the modern times.

“As we started to discuss the story lines for series 5, it soon became clear that in order to do justice to the richness and complexity of the story we should go back to the original plan and do six seasons,” Morgan shared in July 2020. “To be clear, series 6 will not bring us any closer to present-day— it will simply enable us to cover the same period in greater detail.”

Be sure to catch up on everything happening with The Crown right now. Come back here often for The Crown spoilers, news, and updates.