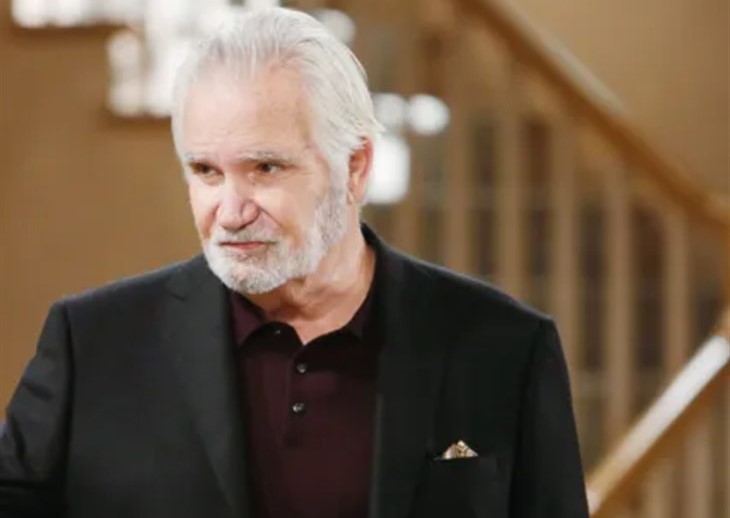 The Young and the Restless (Y&R) spoilers divulge that John McCook will soon be back in Genoa City giving a star turn to Eric Forrester, the character he plays on sister soap The Bold and the Beautiful.

According to Soap Opera Digest Eric will be large and in charge in the Wisconsin town when he needs to have a word with a former LA resident. Longtime fans will remember that McCook once played Lance Prentiss on Y&R.

The Young And The Restless Spoilers – John McCook Is Coming to Genoa City, Wisconsin

Fans of McCook will want to be in front of the tv on June 14, 16, and 17 when he interacts with that red-headed rapscallion Sally Spectra (Courtney Hope).

The good news is that McCook will also be seen in subsequent video calls afterward. McCook recently told Soap Opera Digest a bit about the reason for his character crossing over.

According to him, “It’s about Sally coming to L.A. to visit Eric but it was shot on Y&R’s balcony, where they put up a very nice limbo kind of set that’s supposed to be an outdoor patio at Forrester Creations.”

The Young And The Restless Spoilers – Courtney Hope starred On B&B For Years Before Her Character Took A Very Wrong Turn.

McCook added, “So it wasn’t like I was working with someone new or who identified as Y&R. Courtney is a sweet, wonderful girl, who’s very conscientious and I really enjoyed working with her again.”

Y&R Spoilers – What Happens Next In Genoa City, Wisconsin?

McCook was careful not to spill too many details about the upcoming storyline but it appears by the sound of it that Eric holds no grudges about Sally’s prior felonious behavior although he might not know the extent of it.

This news is sure to have B&B and Y&R fans wondering about Sally’s status. Is TPTB thinking of crossing her over to B&B or perhaps thinking of a reversal for Sally with her coming back to LA?

Right now she is simply spinning her wheels in Genoa City, having failed to launch a romance with Jack Abbott (Peter Bergman). Sally has given it her best shot but right now Jack is fully absorbed in the drama going on with his son Kyle Abbott (Michael Mealor) who has made him a surprise grandfather.