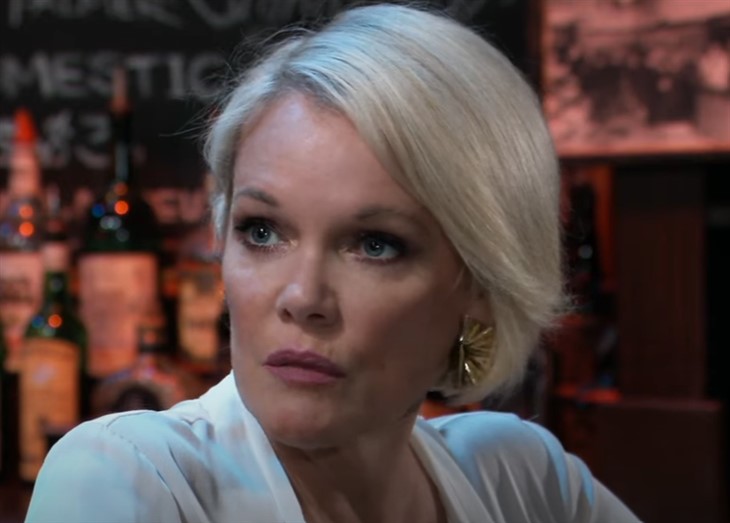 He had been the rival to Sonny Jerome Cassadine (Maurice Benard). Sonny and Ava share a daughter Avery Jerome-Corinthos (Ava and Grace Scarola). Cyrus threatened Avery which led Ava to want to help Carly because she had taken over Sonny’s mafia organization.

Carly and nearly everyone in Port Charles believes that Sonny died from falling from a bridge in New Jersey. However, Sonny is really alive and suffering from amnesia in Nixon Falls, Pennsylvania. Ava has been trying to help her husband Nikolas Cassadine (Marcus Coloma) and his mother Mayor Laura Collins (Genie Francis) with Cyrus.

Cyrus is Laura’s half-brother and Nikolas’s uncle. While Ava and Nikolas have been trying to help Laura with Cyrus they have been threatened by an unknown individual and have been having trouble with Nikolas’ son Spencer Cassadine (Nicolas Bechtel).

Nikolas loves Spencer and wants to get his relationship with him back on track. Spencer had been upset with Nikolas because he did not let Spencer know that he was alive after Spencer believed that Valentin Cassadine (James Patrick Stuart) killed him. Spencer was upset with Ava for not testifying that she saw Valentin kill Nikolas in a legal case. Nikolas and Ava became a real couple after they had entered their marriage for the Cassadine fortune. Nikolas wants Spencer to accept his relationship with Ava.

General Hospital Ava believes in taking care of her business on her own. She has been able to take care of herself before. However, Ava faces a threat from someone that she does not know. Can Ava find out who is stalking her before the person can do something to her or someone that she loves?