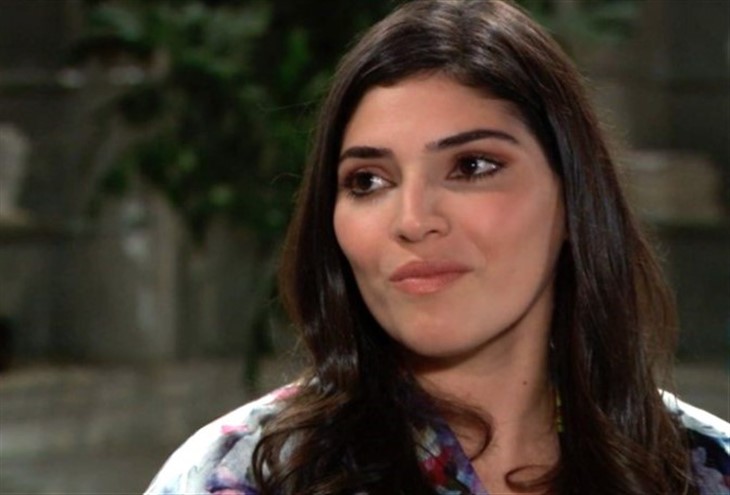 General Hospital viewers can tell that Maxie’s plan to keep her baby safe is getting harder than she thought it would be. She knows exactly where Louise/Bailey is, but she has to keep up the lies, as does Brook Lynn. Brook Lynn hasn’t figured out how to handle Valentin Cassadine (James Patrick Stuart) either, because she never really planned on him having any part of their “baby’s” life. She is on the way to having the ELQ stocks but Valentin and Charlotte Cassadine (Scarlett Fernandez) have moved into the Quartermaine mansion.

In the meantime, Maxie gets more and more lonesome for Louise, and until Peter August (Wes Ramsey) is found and imprisoned, Louise and she are not safe. General Hospital viewers know that Valentin is not going anywhere, even though Ned Quartermaine (Wally Kurth) doesn’t want him there either. Maxie is brokenhearted that she and Brook Lynn have to keep up the charades and keep telling the lies, but there is no other way until Peter is found.

General Hospital viewers know that in reality, Peter may never be found and this could go on the rest of Maxie’s life unless his body is discovered! Dr. Hamilton Finn (Michael Easton) and Nurse Elizabeth Webber (Rebecca Herbst) put the body somewhere they agreed would never be found, at least not in their lifetimes. Sometimes things like that have a way of revealing themselves – like the body buried in the wall of Charlie’s Pub, or Luke and Bobbie Spencer’s (Anthony Geary, Jacklyn Zeman) father being entombed in the wall of the old Spencer house!

General Hospital viewers, as well as Brook Lynn, will understand why Maxie wants to visit Louise on a regular basis. She may even offer to babysit. But Brook Lynn lives in the Quartermaine mansion, and they have a nanny. Brook Lynn is concerned that to others, Maxie could appear to have an unhealthy obsession with “Bailey” because of Louise being “kidnapped” and “missing”.

General Hospital Spoilers: Nina Confesses To The Truth About Sonny To Phyllishttps://t.co/siNrkkdDIz

That is not the only reason Brook Lynn thinks it is a bad idea. General Hospital viewers will recall that Valentin has spy school training – he went to WSB spy school with Anna Devane (Finola Hughes)! Valentin would become suspicious at Brook Lynn and Maxie appearing to “share” Bailey, especially when he is her birth father – or at least he thinks he is! Ironically, if Valentin knew what was really going on, he’d be the first to go out searching for Peter, although Brook Lynn would have a lot of explaining to do.

While Valentin would want to make sure that Louise was safe from Peter and would understand that part, he would be highly upset with Brook Lynn using a fictitious baby to scam him out of the ELQ shares, however! Maxie is heartbroken when Brook Lynn tells her it wouldn’t be a good idea to visit Louise, at least until Peter is found. That also buys Brook Lynn time to figure out how she is going to get Valentin out of her hair!