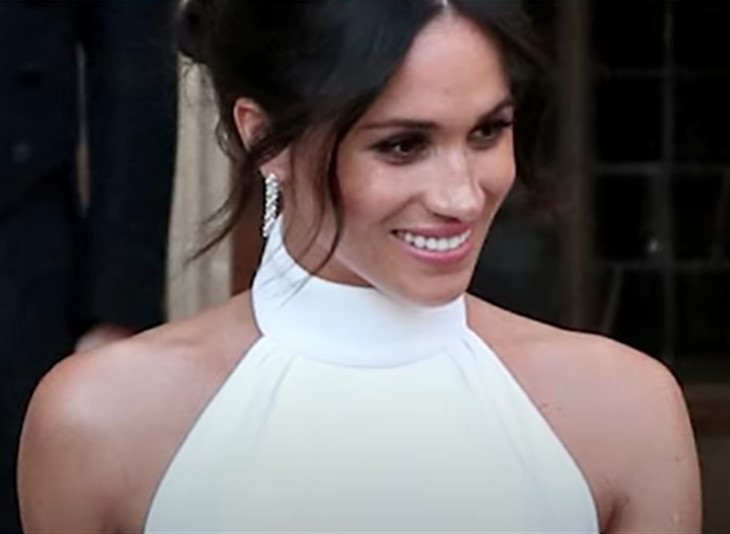 British royal family news reveals that Meghan Markle’s family isn’t holding their collective breath waiting for reconciliation and apparently they have moved on without her. According to a family source, her relatives have no interest in reuniting with the trash talker.

The irony is that while Meghan closed the physical distance between them by coming back to California last year, the family that has been the subject of her public rebukes no longer wishes to reconcile with her.

Meghan and her husband Harry have verbally torpedoed both of their families on multiple occasions. The world has heard many times now how much the families reportedly failed them and they felt the need to blast this private news publicly, loudly, and repeatedly.

Never mind that they both lived lavishly on his family’s dime and the taxpayer’s money when they attempted to be royals and failed. Never mind that her father has publicly appealed to Meghan to mend fences, and asked for the chance to meet her husband and children.

Royal Family News – The Markle Family is Done With Meghan?

Now that the couple is in the US, one of her family members has nixed the idea of a happy family reunion following the recent birth of their second child, daughter Lilibet Diana. According to the source, Meghan has made it clear that in her mind she’s now above her family and her roots.

The insider laughed at the idea of a reconciliation saying, “Yeah, right after I set up a play date with Oprah Winfrey’s family, too? We’re clearly in different social classes and we won’t ever talk again.”

“Real quality family is what’s important to me,” the kin continued. “You shouldn’t have to be someone you’re not, or a certain class to be accepted and loved.”

Royal Family News -The Markle Family Speaks Out About Meghan

The insider made it clear that Meghan’s non-interest and estrangement from her family is entire, “her choice.” The family member added that there are zero plans to reach out to her because they have no hope she would respond positively.

“I’m not chasing after someone that doesn’t want to talk to me. I have my own family and we couldn’t be happier sharing the love that we have. So in other words, I couldn’t care less,” said the insider.

And yet despite Meghan’s apparent disinterest in her family, they still wish her and her new family well.

“I’m happy for them,” the relative said of the couple and the birth of Lilibet Diana. Taking the high road, the family member said, “Starting a family is the most rewarding thing and I wish them the best.”