The Bold And The Beautiful (B&B) Spoilers: Liam Pushes ‘Thrope’ Before Release, Hope Ends Up Pregnant 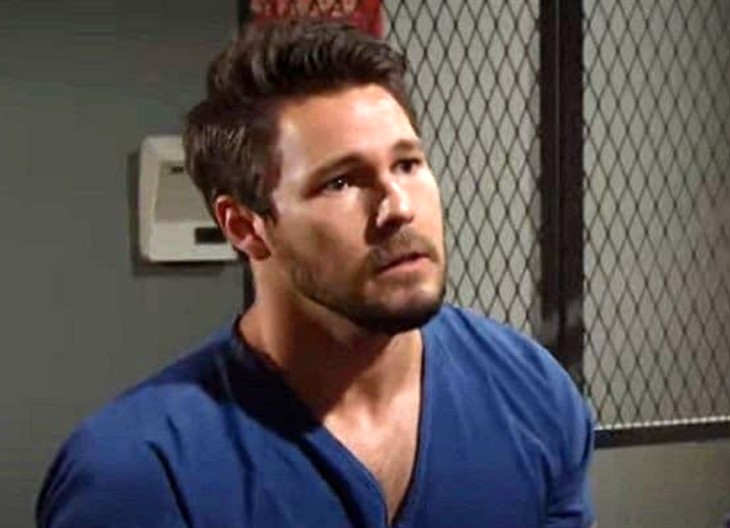 The Bold and the Beautiful (B&B) spoilers reveal that Liam Spencer (Scott Clifton) doesn’t want his wife to be alone for the rest of her life. He asks Thomas Forrester (Matthew Atkinson) to take care of Hope Logan Spencer (Annika Noelle). “Thrope” could end up in bed together only for Liam to be cleared shortly afterward. This would set up another “who’s the daddy” storyline.

The Bold And The Beautiful Spoilers – Liam Spencer’s Acceptance

B&B spoilers reveal that Liam begins to accept his fate instead of fighting it. He realizes that the chances of him being found innocent are very slim. After all, he did confess to Chief Deputy Bradley Baker (Dan Martin) that he was the hit-and-run driver. He also admitted to leaving Vincent “Vinny” Walker (Joe LoCicero) on the road, although he kept the details and Bill Spencer’s (Don Diamont) name out of it.

Liam will ask Thomas to take care of Hope. As fans have seen, she is not coping well with Liam’s confession or arrest. She is trying to put all the blame on Bill and feels that the only crime committed was the cover-up. However, hitting a human being is still a crime and Liam will have to face consequences. He keeps saying he wasn’t distracted, but that’s not true. Liam was gushing to Bill about kissing Hope. Bill told him to watch the road and that’s when the car hit Vinny.

The Bold and the Beautiful spoilers reveal that Thomas will try to be there for Hope. He will be acting as a friend and Hope will lean on him. However, it is very easy for friends to turn into lovers. Fans need to remember that Thomas might have gotten over his obsession, but he never stopped loving her. Hope will be filled with grief over Liam’s fate and will find out about Liam’s request. So, she could allow something to happen.

Just before Liam confessed, he and Hope had a very romantic evening. The soap made a big deal about their night of passion. Just a few weeks later, Hope ends up having passion with Thomas. We expect Liam to be cleared and released from jail right after that. It will be a no-brainer for Hope to welcome Liam back to her life, and her bed. However, Thomas will just end up with a broken heart all over again. Let some time pass and Hope will probably realize she is pregnant, but who will be the baby daddy? We will have to keep watching the CBS soap to find out.