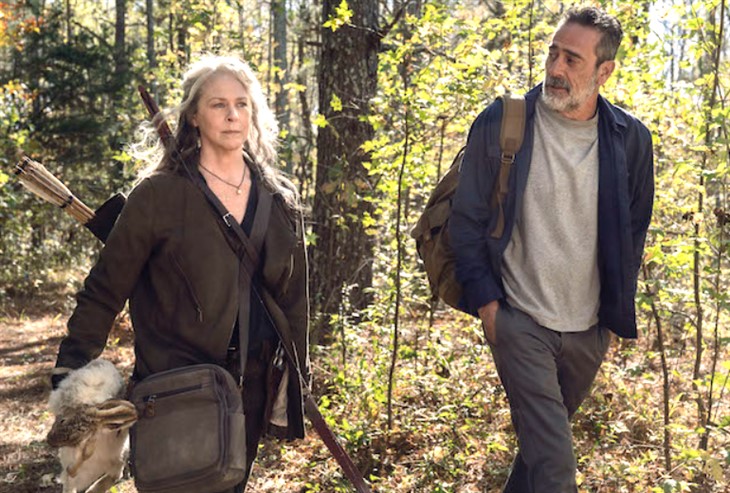 The Walking Dead spoilers and updates reveal offers a glimpse of what viewers can expect in the final season of the AMC series by releasing fresh photos from the set.

The Walking Dead producer Scott Gimple hinted earlier this month that the final season will be “very, very, very, very dark”. But he did say that “There’s some sunshine between the gloom.”

Gimple added that the new episodes will feature “a level of intensity” of threats and emotions. Fans can expect to see “brutal stuff.”

The eleventh and final season of “The Walking Dead” is expected to premiere on a three-part installment. The first batch of eight episodes is scheduled to air on August 22 on AMC. The next two batches of eight will most likely be released in winter/spring 2022 and summer/fall of 2022.

CHECK OUT THE PHOTOS HERE

Showrunner Angela Kang previously explained that the previous season had a scaled-down end due to the restrictions brought on by the coronavirus pandemic. She promised that the upcoming season will be the “usual scope and scale that people are used to.”

She hinted that there would be “tons of zombies and lots of action and fun and intrigue, and locations we’ve never seen.”

Back with Negan, Kang said that nobody really knows what he’s thinking. He still has some resolved issues with Maggie, whose husband he brutally killed. The final season may finally bring an end to this storyline and fans have to wait and see if Negan will ever get his comeuppance for what he’s done to Glenn Rhee (Steven Yeun).

Kang teased that “There’s a big, important story that has to do with Maggie and Negan.” So viewers just have to wait until August to know what will happen next. But one thing’s sure, it’ll be an explosive final season. Not only that, fans can expect a Daryl and Carol spin-off, which will be handled by Angela Kang and is set to premiere in 2023.