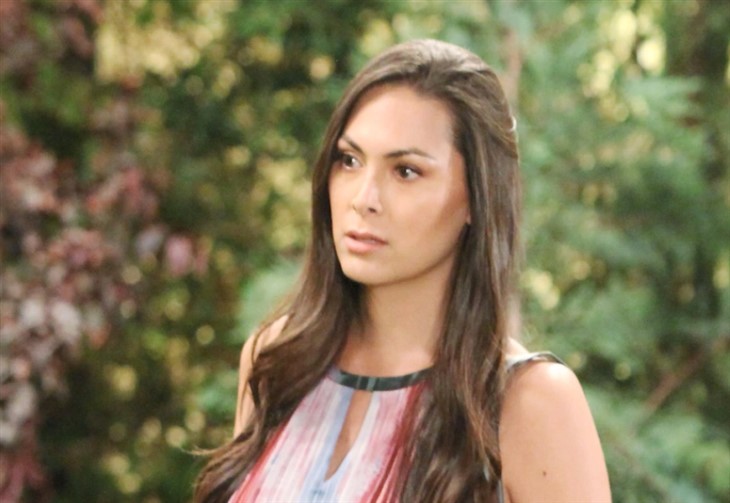 General Hospital (GH) spoilers and updates reveal Dr. Terry Randolph (Cassandra James) is a caring doctor and friend. Terry is the childhood of friend of Elizabeth Webber Baldwin (Rebecca Herbst). She came to Port Charles around the time that Liz was engaged to her late husband Franco Baldwin (Roger Howarth). Terry took a position at General Hospital as an oncologist. Oscar Nero (Garren Stitt) became one of her patients when he found out that he had a terminal brain tumor.

Oscar’s mother Kim Nero (Tamara Braun) turned to Terry for support to help Oscar before he passed away. Liz turned to Terry when she and Franco found out that he had a terminal brain tumor. Terry hoped that she could help Liz and Franco. However, Franco was fatally shot by Peter August (Wes Ramsey). Terry tried to support Liz after she lost Franco.

Terry has been happy working at General Hospital. She has gained the respect of her colleagues. General Hospital may be about to undergo management changes. Dr. Britt Westbourne (Kelly Thiebaud) has been the Chief of Staff at the hospital. She has been diagnosed with Huntington’s disease. Britt may want to step away from her duties as the Chief of Staff to take care of her health.

Terry has not been in a relationship since she moved to Port Charles. She has been busy taking care of her patients and helping Liz. Currently, Terry is not looking for a love connection. However, Terry might find one when she least expects it. Terry could have a chance encounter with Kristina Davis Corinthos (Lexi Ainsworth). Kristina has not been in a serious relationship since she broke up with her girlfriend Parker Forsyth (Ashley Jones).

Kristina has not been looking for a love connection. She has been trying to help her mother Alexis Davis (Nancy Lee Grahn) who is in Pentonville Penitentiary for accidently attacking Dante Falconeri (Dominic Zamprogna). She has been offering support to her sisters Molly Lansing-Davis (Haley Pullos) and Sam McCall (Kelly Monaco). She has been dealing with the loss of her father Sonny Corinthos (Maurice Benard). Kirstina has been interested in an older woman before because Parker was her college professor. Terry and Kirstina may find themselves in a relationship if they were to meet.