The Bold And The Beautiful (B&B) Spoilers: Who Made The Bigger Mistake – Bill Or Liam? 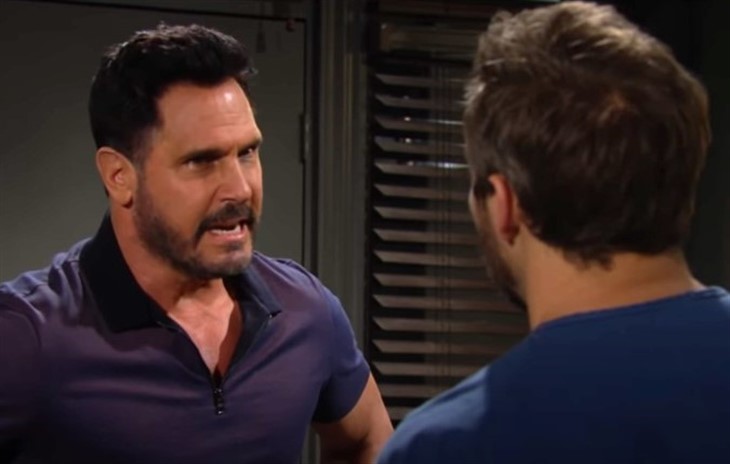 The Bold and the Beautiful (B&B) spoilers document that Bill Spencer (Don Diamont) committed a greater volume of crimes. But the question of whether he or Liam Spencer (Scott Clifton) made the bigger mistake is different.

Bill decided not to report Vincent Walker’s (Joe LoCicero) death, but rather to leave his lifeless body on Mulholland Drive. Liam had no say in the matter because he was unconscious. Bill literally placed Liam in the passenger’s seat of the sports car that Clifton’s character had been driving.

However, as Liam told Deputy Chief Bradley Baker (Dan Martin), he was responsible for accidentally hitting and killing Vinny. Even though it wasn’t an intended situation, Liam was responsible for reporting what happened and hadn’t done so until now, weeks later.

The audience knows that Vinny was released on bail the day he died. But viewers haven’t been given any details as to why he was crossing Mulholland Drive while Liam was driving Bill’s car on that road.

The police may have been withholding information from the citizens of this fictional version of Los Angeles, California, for a good reason. The case remained open until Liam voluntarily walked into the station and confessed.

But if the Deputy Chief and Detective Alex Sanchez (Jeremy Ray Valdez) also don’t know why Vinny was on the road that night, then the case against Liam appears to be air tight.

Bold And The Beautiful Spoilers – Liam Spencer Had The Greatest Obligation

Liam did nothing wrong while driving. He appeared to be going the speed limit or below and wasn’t impaired or distracted.

Yes, Liam was talking with his father. But he wasn’t a negligent driver. The words driving and driver are key within this section, as that made Liam the legally responsible person, not Bill.

After Liam regained consciousness he had the full obligation to report what happened to the police. Liam didn’t do so and that arguably means he has made the greatest mistake in this unfolding storyline.

Bill not only chose to leave Vinny, without alerting the authorities or calling an ambulance, he also took LoCicero’s wallet and smartphone. Bill then crushed the electronic device under his wheel with the intent of destroying identifying evidence.

Diamont’s character chose to toss Vinny’s crushed smartphone and wallet into the Bel Air Hills. He later quickly sold the car to an overseas contact so that piece of evidence was unable to be found or examined.

But even more than the above, Bill repeatedly coerced Liam into not turning himself in to the authorities. Bill also blocked Liam from answering the Deputy Chief’s direct questions a number of weeks ago.

Anyone could argue that Liam should have turned himself in at an early point. But Bill set this cover-up plan in motion. Bill also led the conspiracy, until Liam’s confession forced him to finally tell the truth.